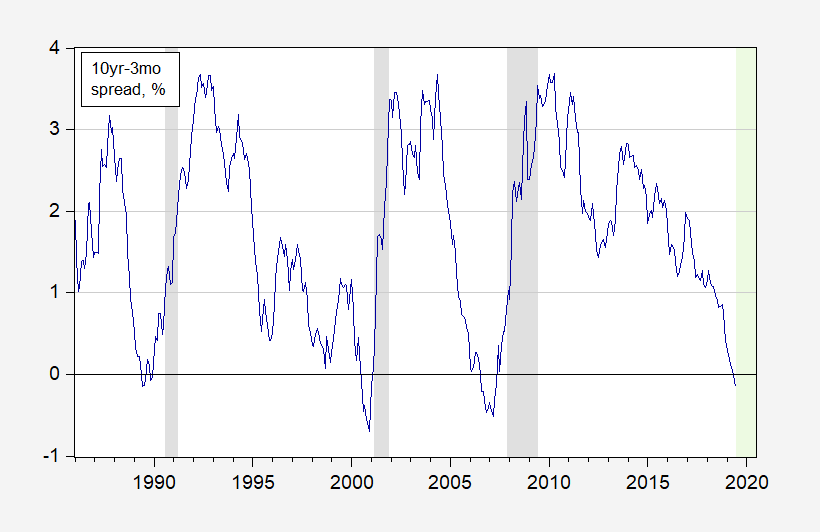 Using the data to forecast out-of-sample yield implied probability of recession equal to 42% in 2020M06. 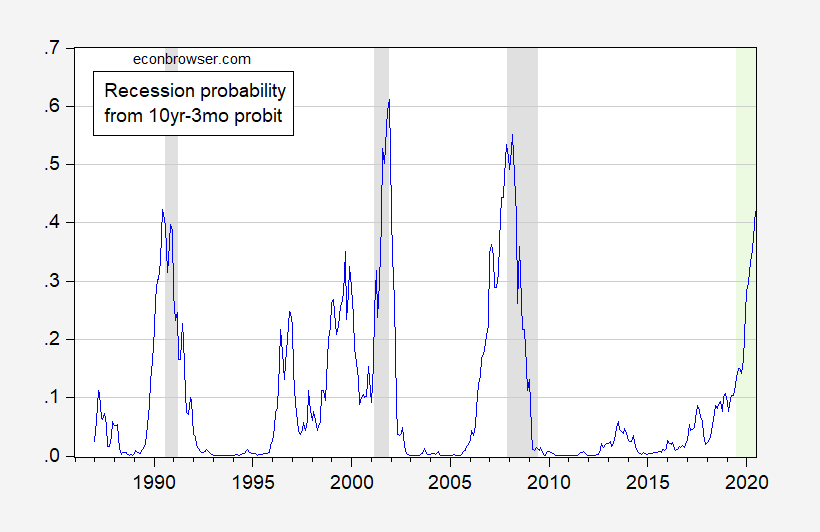 Jim pointed out a month ago that the term premium is likely much smaller currently than in past episodes, so that the historical correlation which I am relying on may be misleading. At the same time, I’m not relying on any credit spreads, which of late have been rising.

For a comparison of different spread model estimates — going through May only — see this post. (A good recent survey and evaluation of competing spreada models is provided by David Miller in FEDS Notes.) 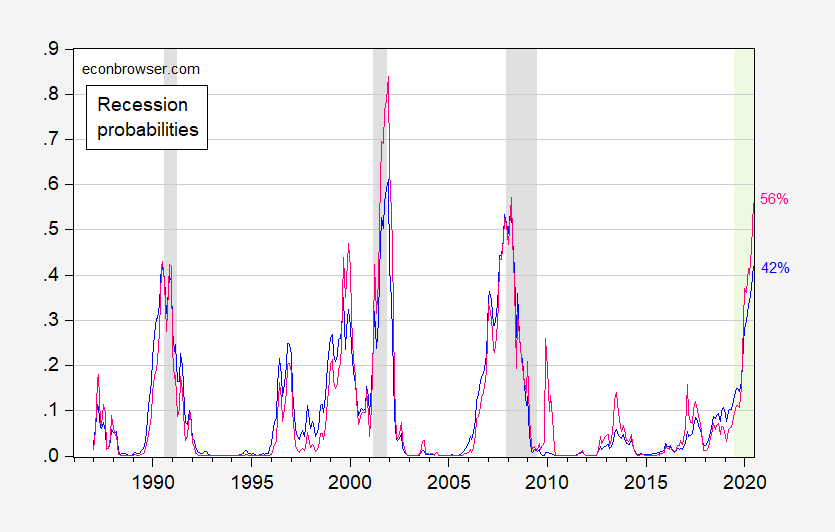