No major economics agency or group has forecasted a recession in their baseline. However, forecasts are definitely being marked down. 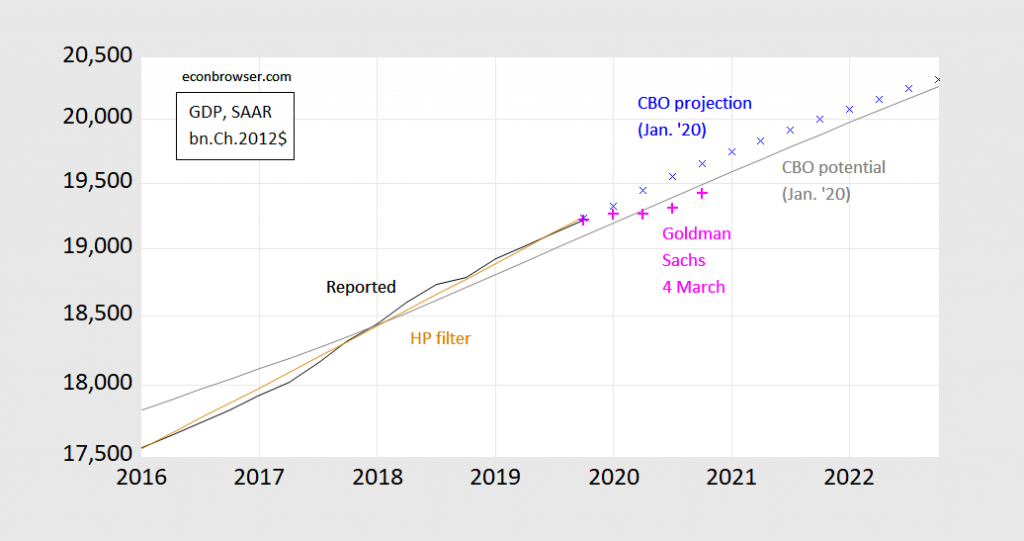 While no recession is forecast (Goldman Sachs has 0% growth in Q2, Deutsche Bank barely negative), the output gap goes negative in the GS baseline (using the CBO estimate of potential). 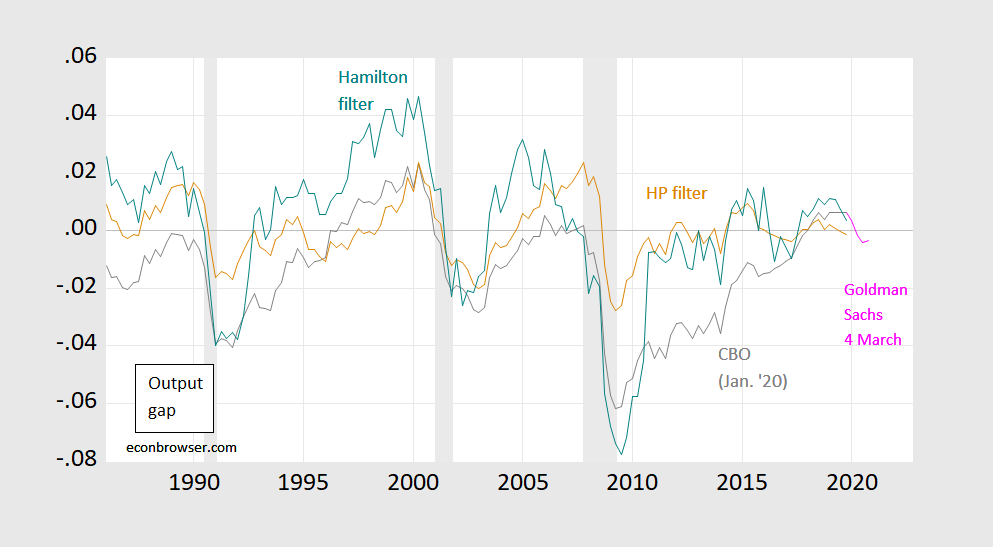 Here is Goldman Sachs’s decomposition of the impact. And here is Deutsche Bank’s, including a “worse case” (not “worst case”)… 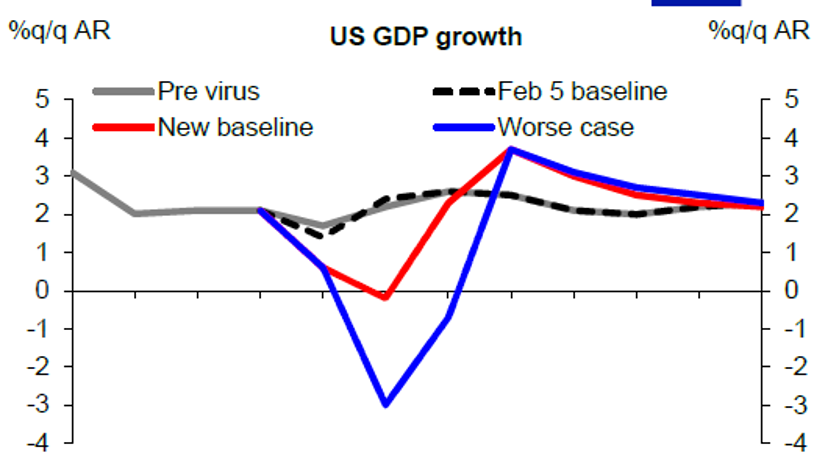