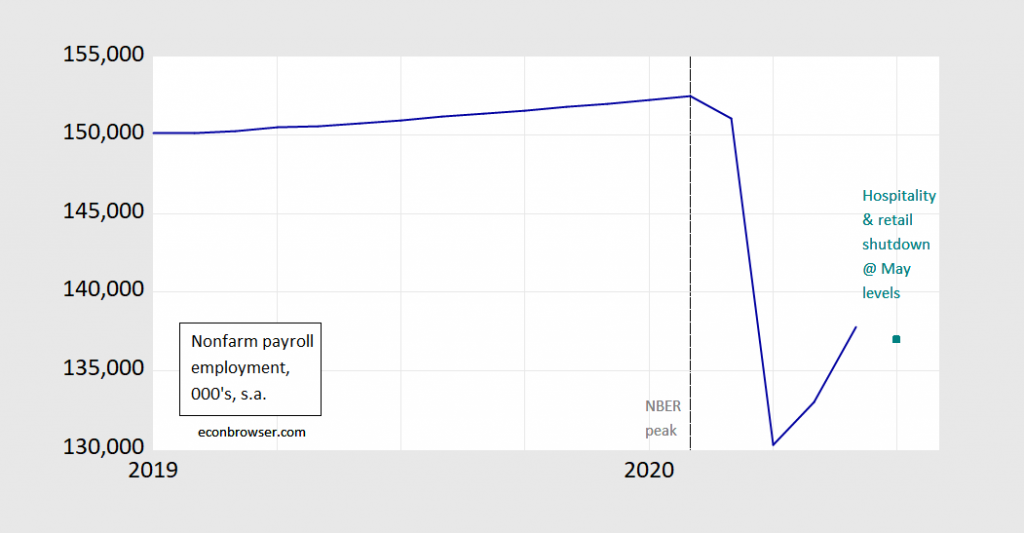 Figure 1: Nonfarm payroll employment as reported (blue), and NFP if hospitality & leisure and retail employment both fall back to May levels, and the rest-of-NFP employment rises by 2 million (teal square). Source: BLS and author’s calculations.

This is not a forecast; rather it’s a conjecture.

54 thoughts on “An Employment W – What Would It Take?”