I keep on getting missives from the IIMR. Here’s today’s, from a Tim Congdon:

In May the annual increase in M3 broad money in the United States of America was 25.5%, the highest figure in modern peacetime history. (My source here is the research company, Shadow Government Statistics (www.shadowstats.com, to whom I express thanks.)

What’s the concern? In an earlier article, Congdon worries about inflation:

I am very worried about a sequel in which annual inflation takes off into the double digits, at
least in the USA.

Well, what does M3 look like vs. the price level (I use Fed data through 2006Q1, and show M2 until 2020Q2; for concerns about Shadow Government Statistics as a data source, see Jim’s post)? 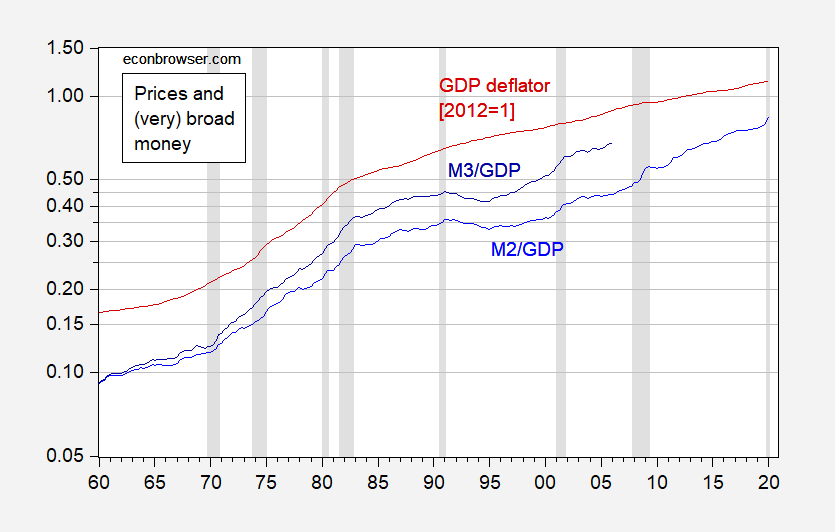 It’s hard to see the correlation, except in the very long run, between the price level and the money-income ratio (implied by the quantity theory with velocity constant). In fact, application of the Johansen multivariate cointegration tests, with a variety of assumptions regarding trends, fails to reject the null hypothesis of zero cointegrating vectors in favor of one.

What about growth rates (which could exhibit a relationship if velocity were time varying)? Here’s the corresponding graph, using y/y growth rates (in logs). 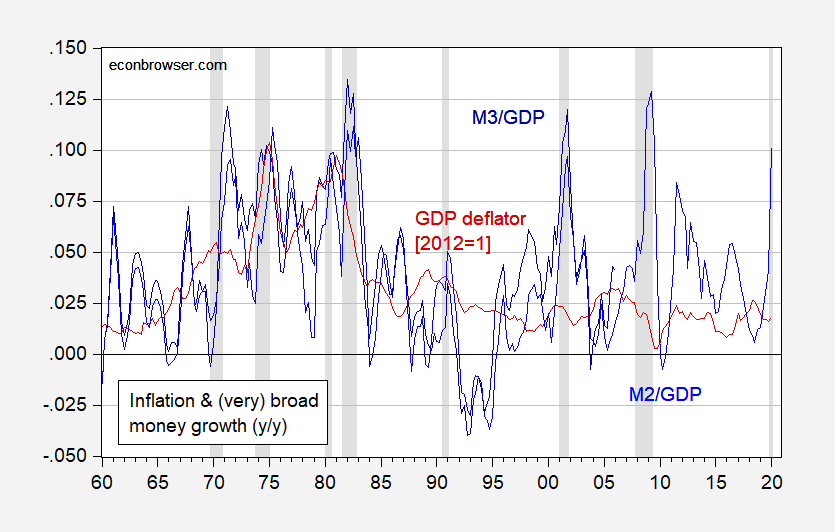 There is a positive correlation, with adjusted R-squared of 0.13 0.27. That being said, it’s hard to know what direction the causation goes… so count me not yet worried about hyperinflation.

35 thoughts on “Very Broad Money and the Price Level”