Released today, and is here. 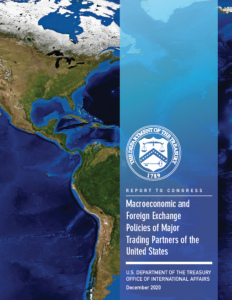 My take on currency misalignment (as opposed to currency manipulation and undervaluation) in this post.