On the other hand, two pieces of information suggest constraints to supply: (1) openings are concentrated by sector, and (2) gender disparity in terms of employment increase. From JOLTS: 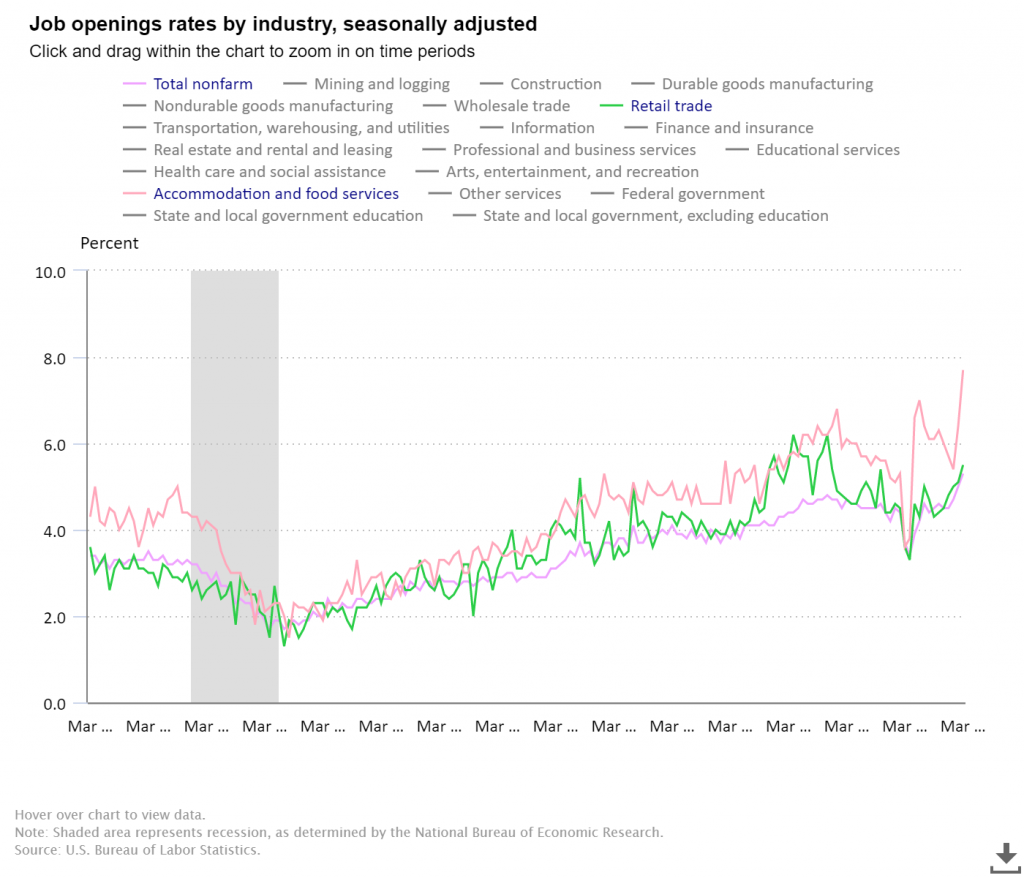 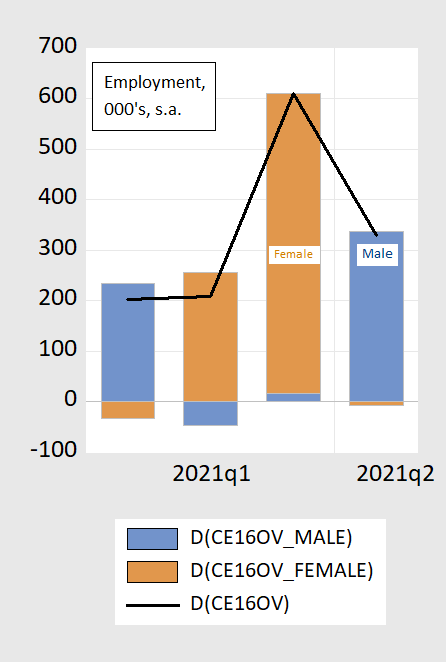 Statistical issues include seasonality (which seems less likely given the y/y change in employment for s.a. and n.s.a. series are similar), and sampling error — perhaps there is a difficulty catching new firms in the sample.

Steve Englander at Standard Charter argues for the last (“US – Why NFP the miss?” May 10):

Interestingly, the ADP and BLS private nonfarm series diverged in April, with the change according to ADP at 742 thousand, and the BLS at 218 thousand.

13 thoughts on “Interpreting the Labor Market”