The S&P 500 dropped 1.3% on Friday; many accounts attributed the drop to Fed statements indicating an accelerated pace of rate hikes (especially Bullard’s comment), presumably in response to prospects for higher than previously anticipated inflation. Interestingly, market indicators on Friday are not supportive of that interpretation. 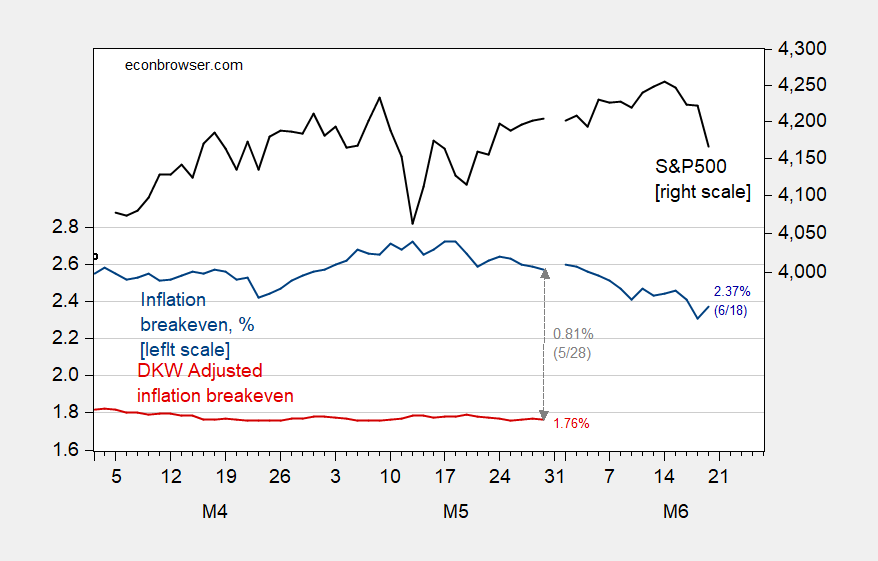 From 6/15 to 6/18, the five year breakeven drops from 2.46% to 2.37%, However, we know that changes in the inflation risk premium and the TIPS liquidity premium can lead to measurement error in expected inflation derived from the simple breakeven calculation.

Interestingly, the US dollar appreciates, suggesting that the forex market takes seriously a monetary tightening (regardless of inflation expectations) that increases the real interest rate (five year TIPS rises from -1.67% to -1.48% from 6/15 to 6/18). 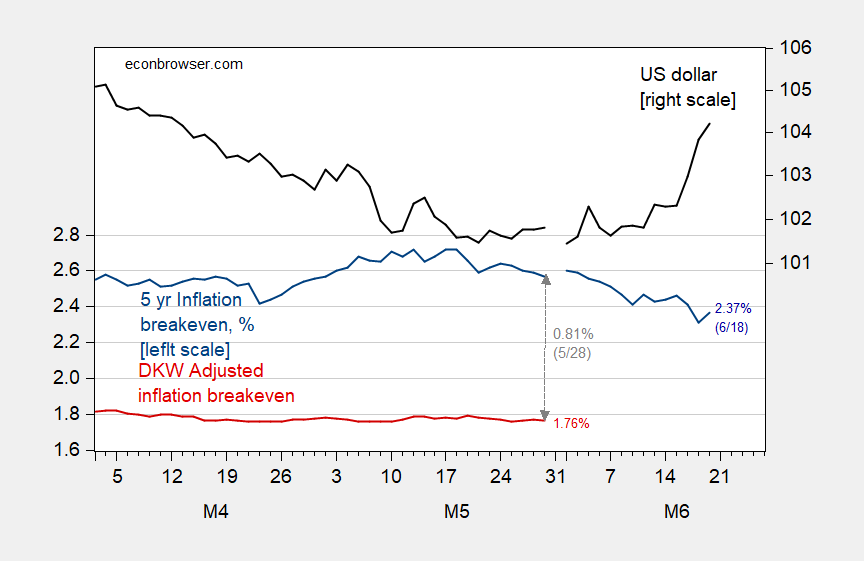 Hence, the news appears not to be indications of higher inflation (which for previous CPI releases seems to have a relatively small effect), but rather FOMC member inclinations toward raising rates earlier rather than later (it’s also possible the market believes the Fed has inside information regarding inflation).

Just to put into perspective current inflation expectations, adjusting for estimated inflation risk and liquidity premia, here’s a reprise of the data from 2019 onward. 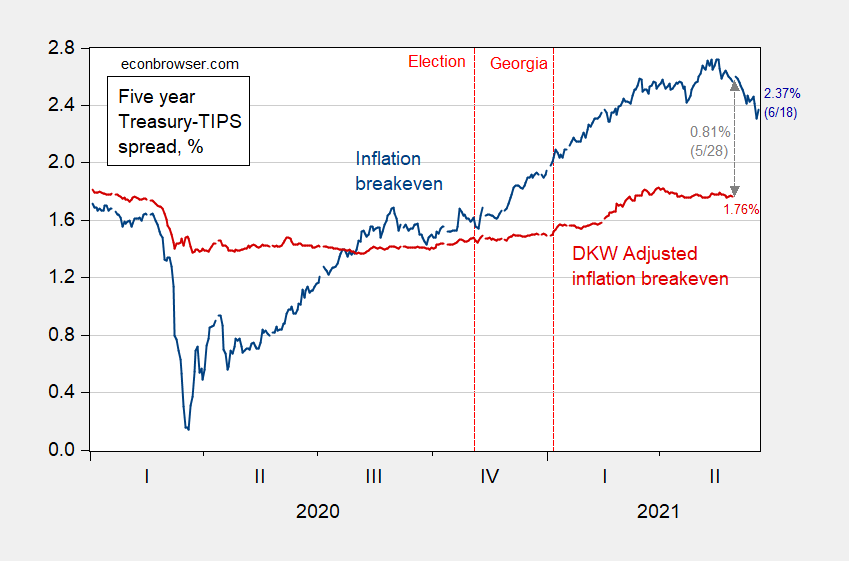 49 thoughts on “The Five Year Inflation Breakeven, the S&P500 and the Dollar”