As a share of debt held by the public (i.e., excluding intragovernmental holdings). 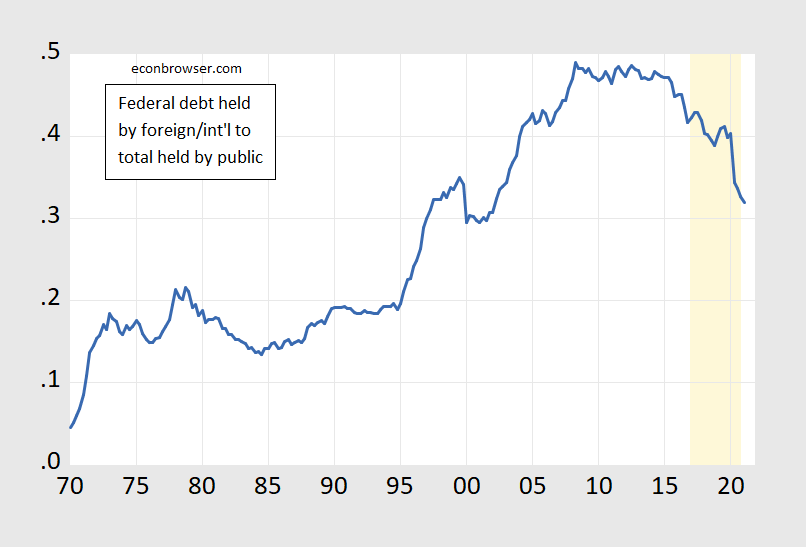