Coming down for June, according to the University of Michigan survey of consumers. 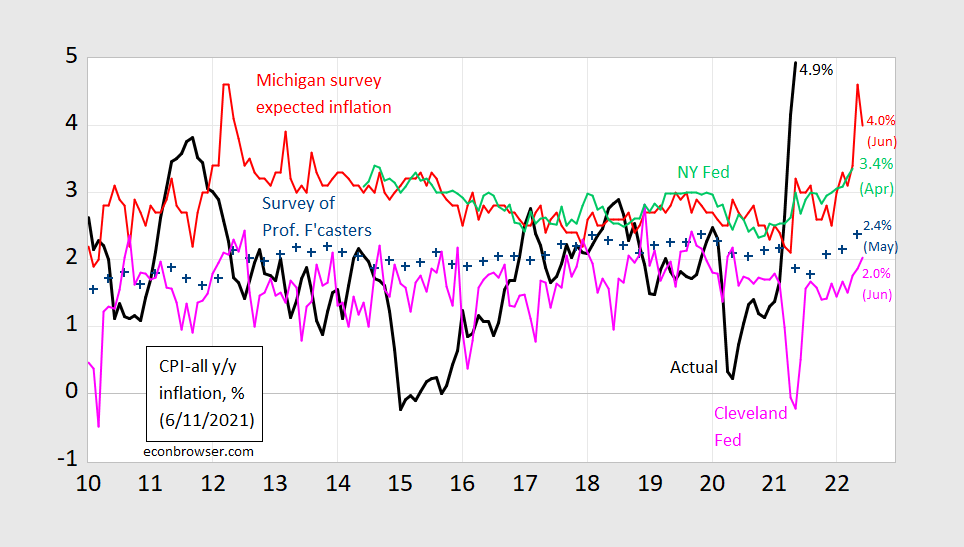 The household survey measures are typically higher than those based on surveys of economists. Hence, looking at changes is perhaps more informative about how inflation sentiments have changed.

The gap between the Michigan measure and the SPF has widened to its largest since May/June 2008 surveys — 2.2 percentage points (for May, the last survey for the SPF).

6 thoughts on “One Year Ahead Expected CPI Inflation Rates”