Inflation surged at the beginning of the Korean War, with the economy at full employment. Here’s CPI and PPI inflation then and now… 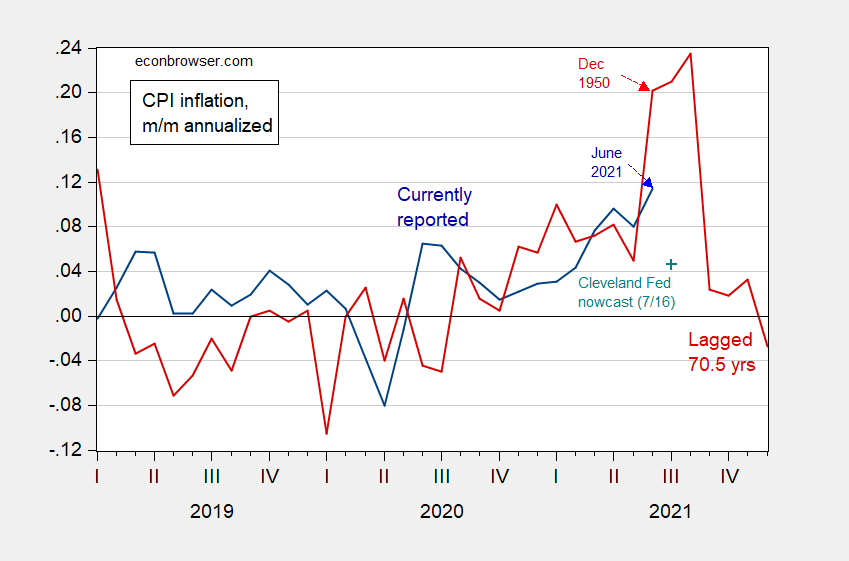 While US inflation has surged in recent months, it has reached nowhere as high as it did during the early 1950’s. Interestingly, inflation according to the PPI for all commodities (so, no services, etc.) was of comparable levels. 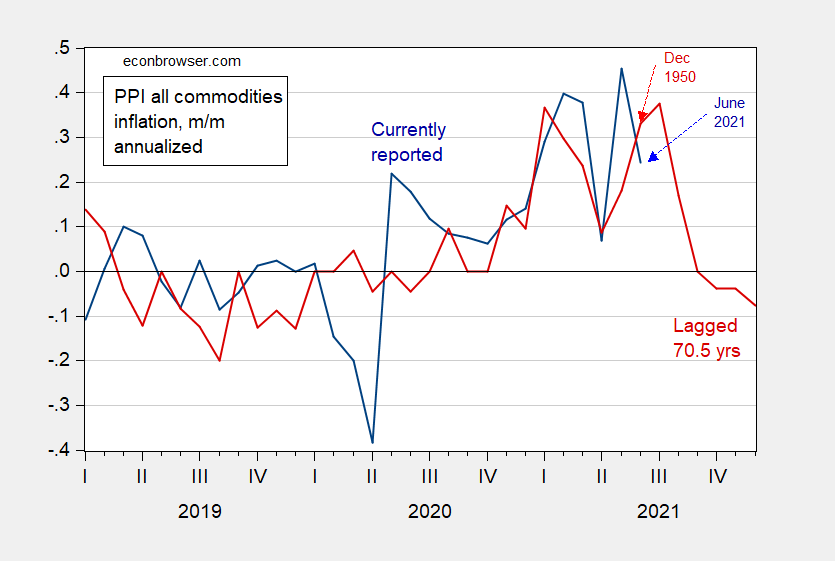 The interesting point is that while the (old style) PPI has in recent months had comparable jumps to that experienced in the Korean War, the CPI has risen nowhere nearly as much.

Comparisons going forward are somewhat clouded by the imposition of price controls in January 1951.

11 thoughts on “Inflation Now and 70 Years Ago”