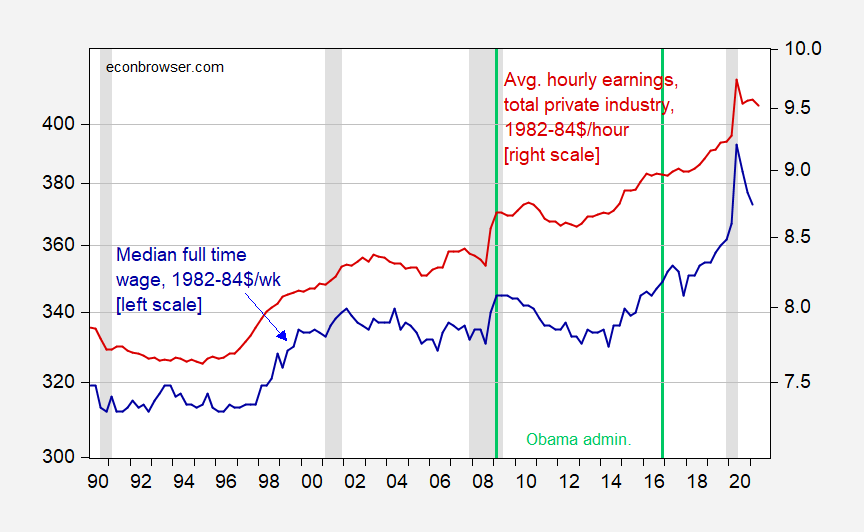 Where exactly does the BLS report median earnings in current dollars? SSA does this in a clear, straightforward format, albeit with a significant delay.

Just reporting average earnings, which are 50% higher than the median , simply serves to obfuscate how the workforce is doing.

It took me 15 seconds (literally) to find and download the series. It took longer to import into EViews and then translate average hourly earnings into the quarterly frequency and plot than it took to find.

If you’re going to assert a vast conspiracy of elites trying to obfuscate and hide the data, then at least try to find a variable that is in fact not reported, and hard to create.

50 thoughts on “Yet More Alternative Real Wage Series, through Time”