Reader JohnH criticizes the use of average wages as indicators of the representative compensation, and suggests use of Social Security Administration data. Here are several measures taken from SSA, deflated by the CPI. 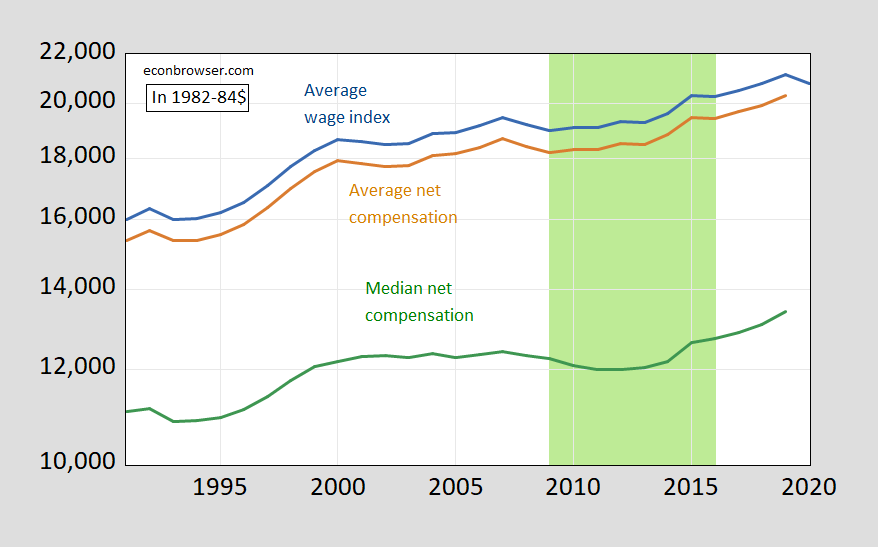 How do these series, in particular, compare with the conventional average hourly earnings for total private industry ex.-nonproduction and supervisory employees (FRED series AHETPI)? 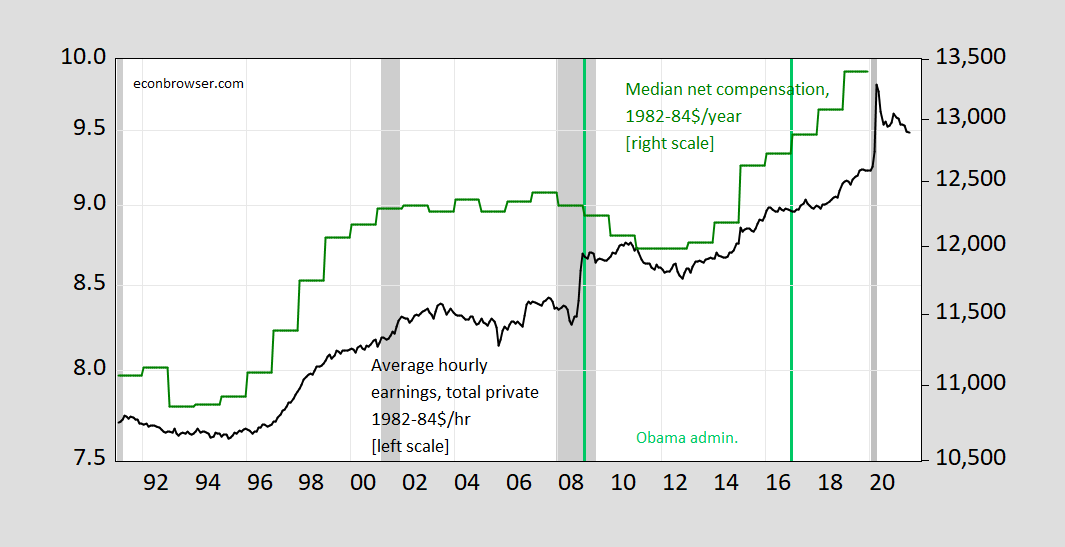 I wish people would look at data.

83 thoughts on “Average and Median Wages through Time”