With the August employment situation release, we have the following picture of the macroeconomy. 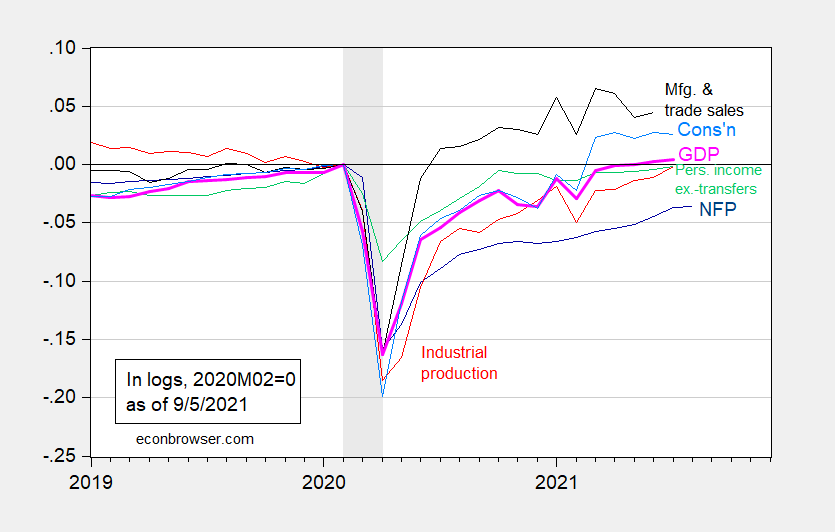 Clearly, the employment numbers for nonfarm payroll have slowed their ascent, continuing a trend in established in consumption and personal income ex-current transfers in July’s numbers. The increase of 235K was 515K below the Bloomberg consensus of 750K. Signifying the impact of the delta variant’s spread, retail dropped 29K, while hospitality and leisure employment was flat, breaking the recovery in that sector.

The number of number of people saying they were unable to work because of the pandemic increased 497,000 in August, the first rise since December.

Perhaps not an enormous impact, but a noticeable one as suggested earlier by high frequency indicators (remember the release pertains to employment situation a little before the middle of August).

More on the employment release in the next post.

1 thought on “Business Cycle Indicators as of Early September”