The Federal Reserve will have to wind down its pandemic-era stimulus programme quickly and raise US interest rates in 2022 in response to higher inflation, according to a poll of leading academic economists for the Financial Times.

The latest survey conducted in partnership with the FT by the Initiative on Global Markets at the University of Chicago Booth School of Business suggests a much more aggressive approach to tightening monetary policy than the Fed’s most recent projections and market expectations indicate.

This is shown in the FT graphic. 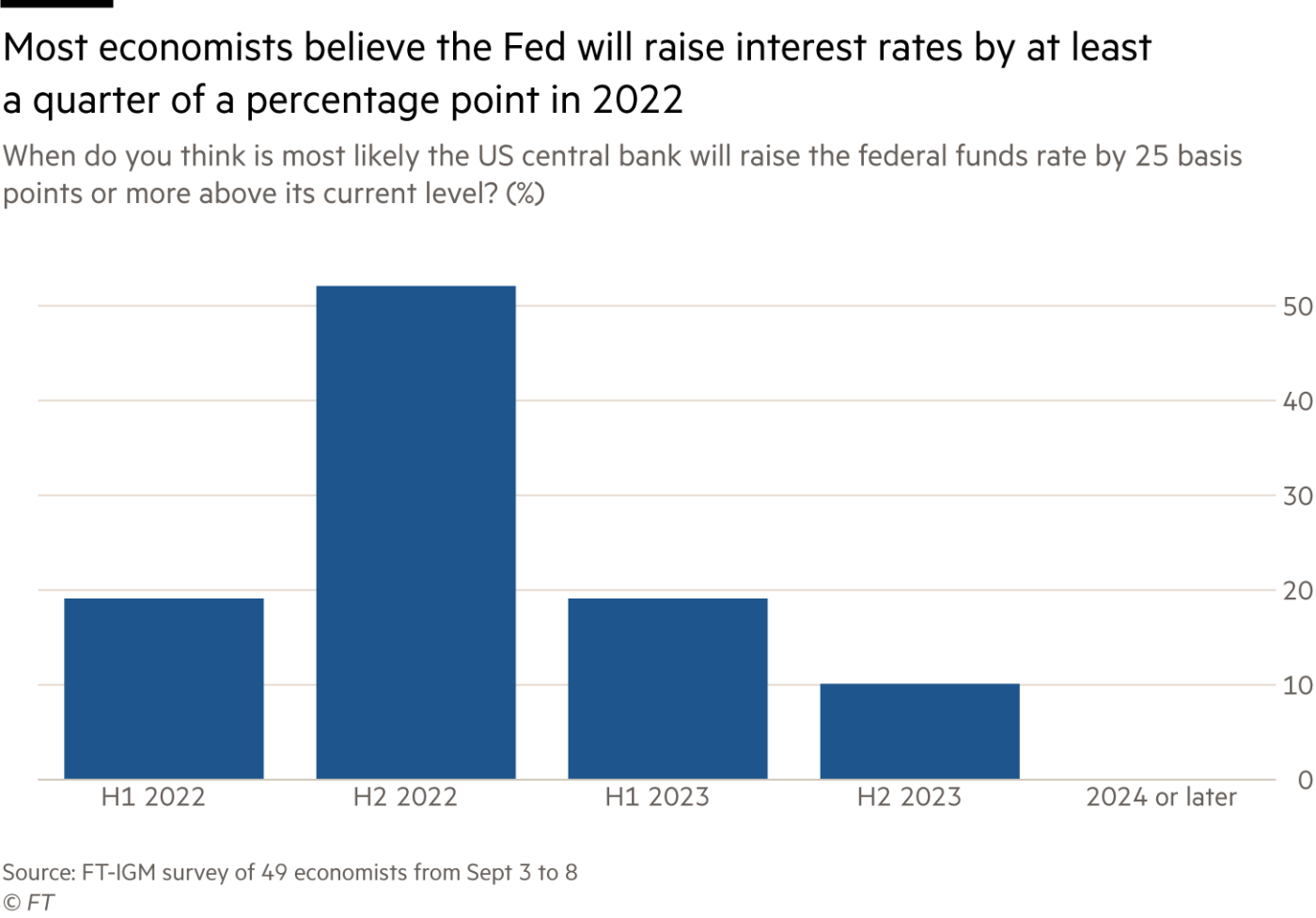 Median growth in the most recent survey is 6% q4/q4. This is shown in Figure 1, in comparison to other forecasts. 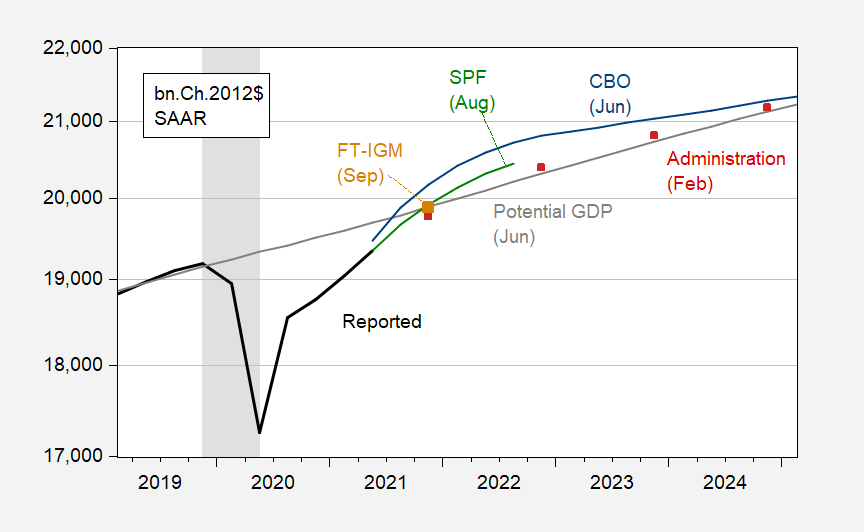 Since late June, forecasters on average have become less optimistic, as shown in Figure 2. 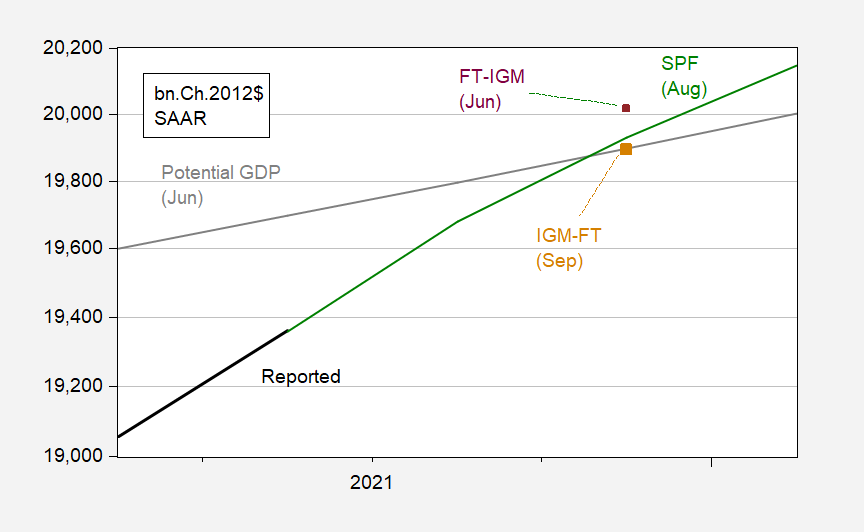 The other issue is inflation. The survey focused on core PCE. Here’s the FT-IGM forecast compared against others. 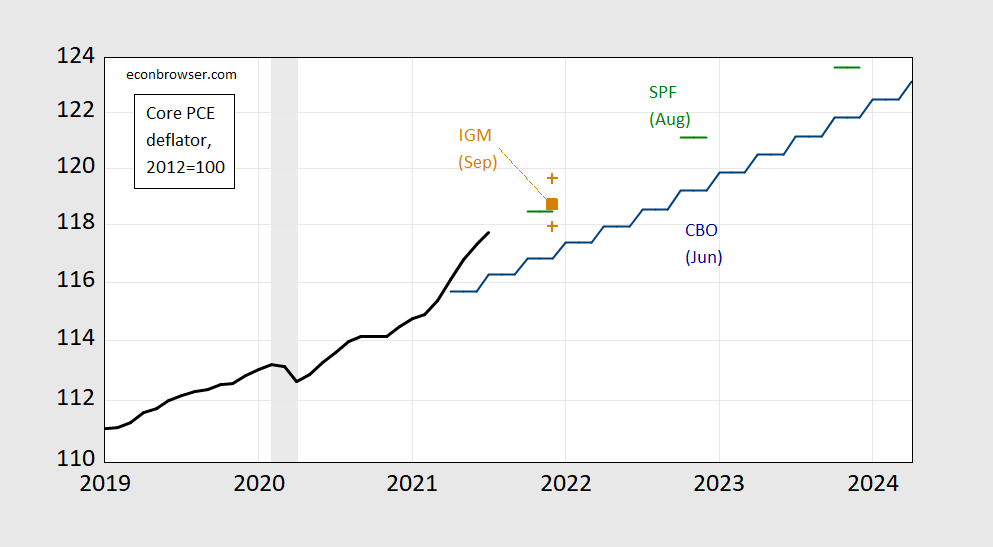 The FT-IGM median forecast is for a December 2021 price level slightly higher than that indicated by the August Survey of Professional Forecasters. The FT-IGM early September forecast (survey take 9/3-8) is also 0.7% higher (log terms) than the one taken late June (6/25-6/28, results here), reflecting the actual increase in reported PCE core deflator over the intervening two and half months (so 2 releases) and a slightly lower pace of inflation — the median Q4/Q4 forecasted growth rate rose from 3.0% to 3.7%. (I’m exactly at the median.) 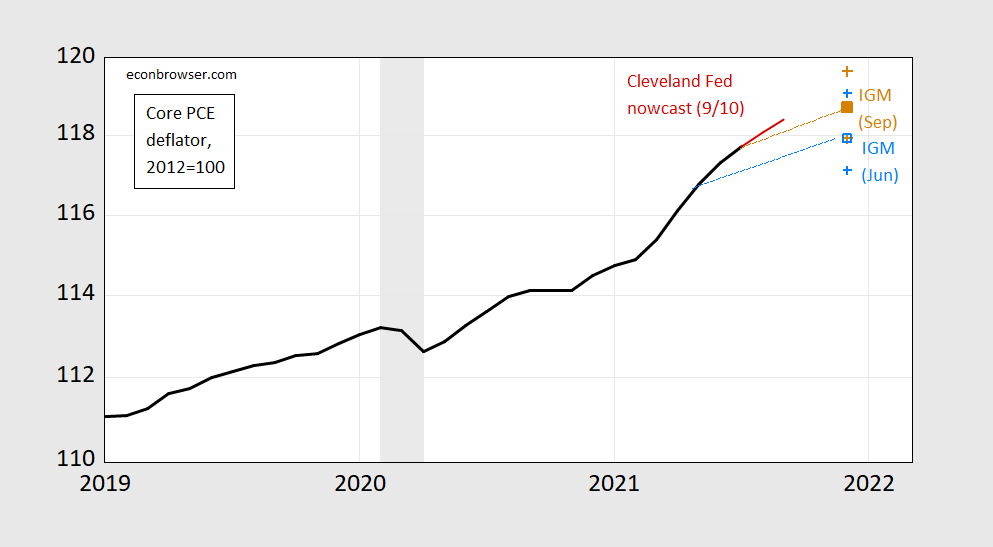 The Cleveland Fed’s current nowcast are running above the implied average growth rate of the deflator, as implied by the September IFT-IGM survey. If the Cleveland Fed nowcasts prove accurate, then the FT-IGM median level will be hit if core PCE inflation rate averages 1.04% in October-December.

We’ll get some additional information on prices in Tuesday’s CPI release.