Preparing graphs for my course, I generated this graph which shows the trend decline in real (risk free) rates. Is there any reason to believe in an imminent reversal of the trend? 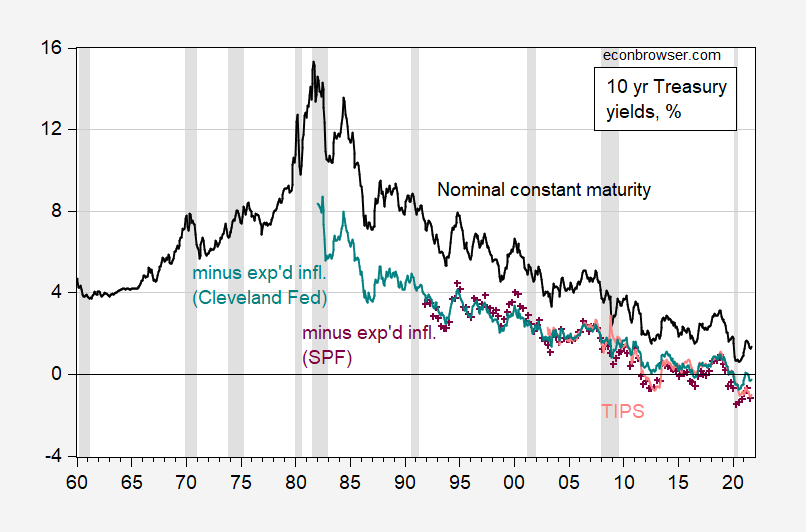 it’s hard to see exactly how the estimates of the real rate differ in recent months, so here’s a detail. 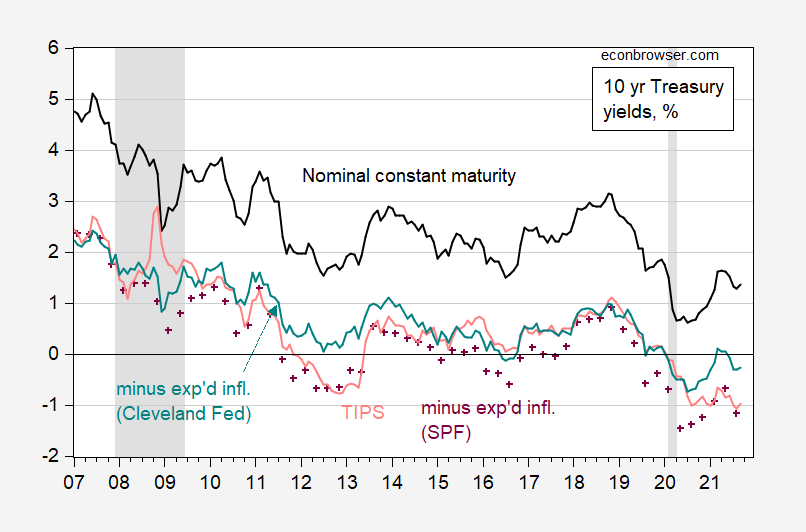