For the past 50 years, inversion has preceded recession. 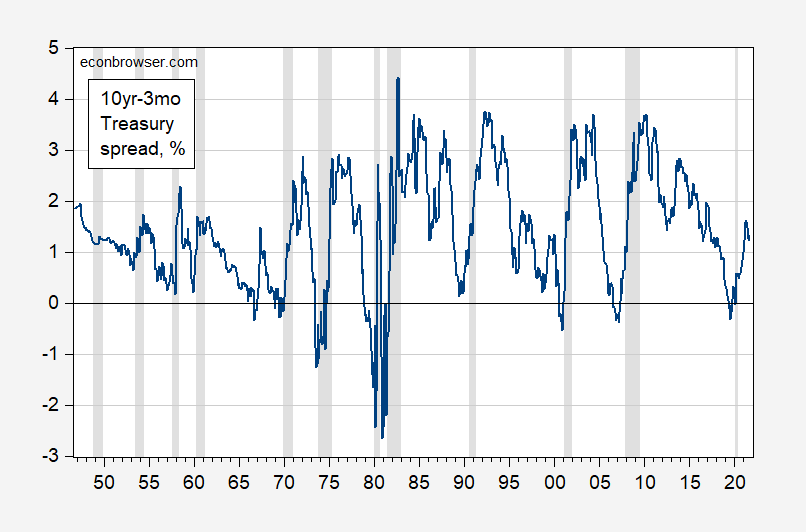 The 1989 near inversion is the sole exception (false negative), although the 10yr-2yr does invert then. (Updating for my undergrad course — see notes here.)

So if the US does go into a recession in the near future (as posited by this article), then this will be another case of a false negative reading from the 10yr-3mo spread.