Some do; some don’t. Now published, an article in Journal of International Money and Finance (updated) by me, Hiro Ito,  and Robert McCauley answering this question. From the abstract: 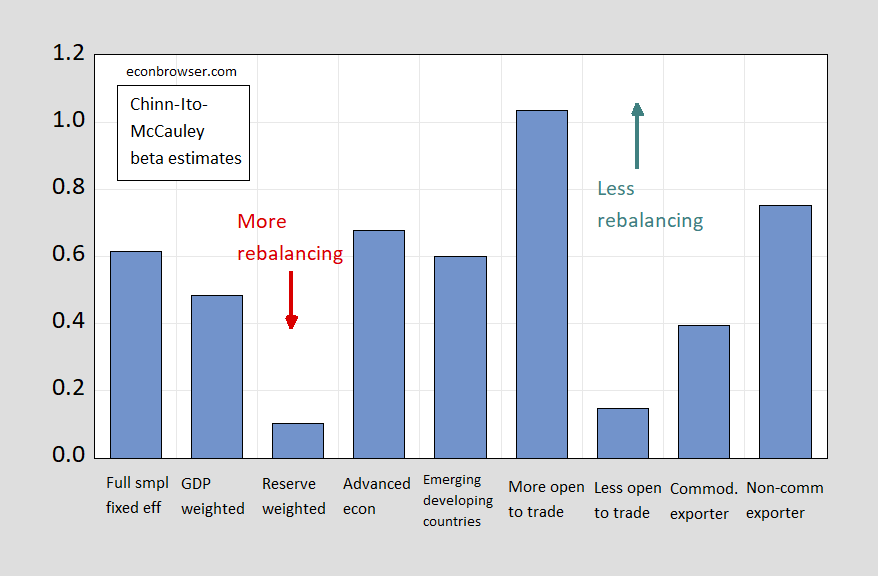 45 thoughts on ““Do Central Banks Rebalance Their Currency Shares?””