That’s a comment by a reader. The index is indeed correlated with recessions, but not necessarily with oil shock recessions only, nor is it always an indicator of a recession. 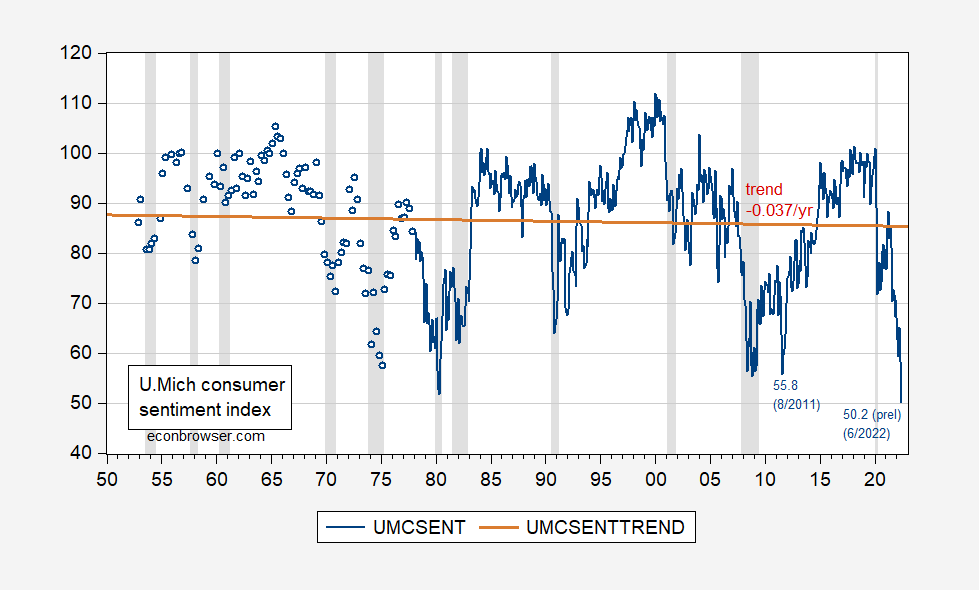 Note that the indicator was lower in August 2011, but — as pgl noted — no recession occurred.

As for whether sentiment predicts recessions, see this post. The evidence that sentiment is a leading — as opposed to concurrent — is weaker.