If one took GDP as the determinant of NBER determined business cycles, this is what the picture would look like (normalizing on mid-Q4): 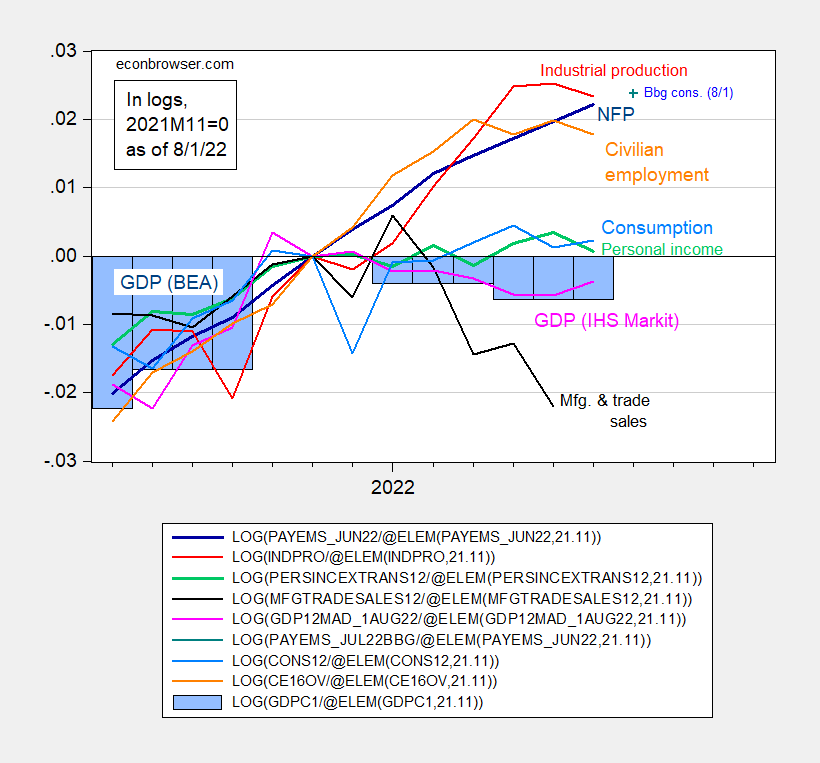 The six plotted series are those focused on by the NBER Business Cycle Dating Committee, in addition to official BEA GDP, and IHS Markit’s monthly GDP (not currently on the list). Of the key six, nonfarm payroll employment (black) and personal income ex-transfers are given more weight.

22 thoughts on “A Peak in 2021 Q4? Business Cycle Indicators at the Beginning of August”