and on the eve of the October employment report. With monthly GDP on Tuesday, and consumption and income last week, we have the following picture of some key series followed by the NBER Business Cycle Dating Committee (NBER BCDC): 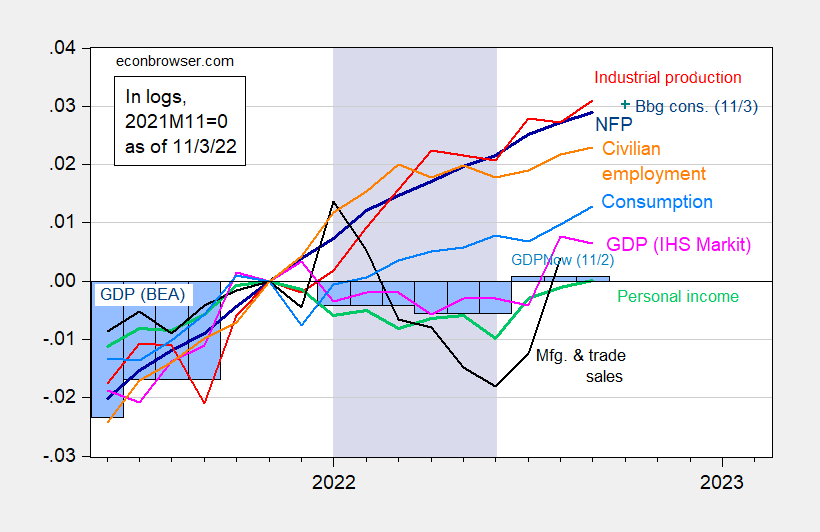 It’s interesting to consider what some alternative measures indicate (including GDO which the NBER BCDC does consider): 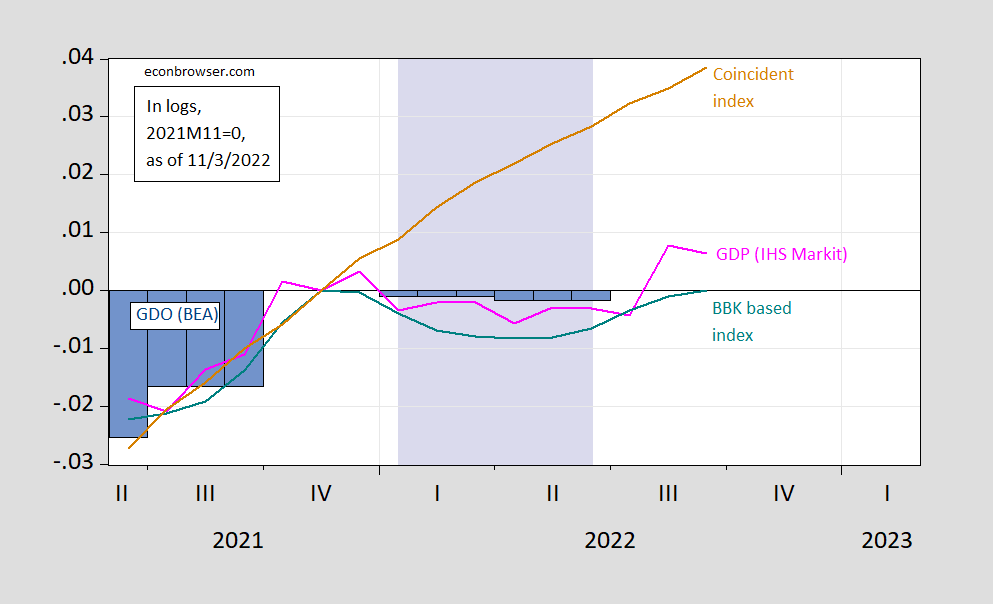 The big question which surrounds these pictures is how employment indicators can diverge so much from income/production indices (the coincident index is driven mainly by labor market information).

What about an H1 recession, as per this comment:

1. H1 was a recession by the most commonly used standard
2. Nevertheless, the H1 downturn did not have some of the characteristics of many recessions, notably, unemployment did not rise
3. This sort of phenomena was last seen in 1945 when US defense spending collapsed, that is, a decline in GDP without a material decline in employment.
4. Thus, the H1 downturn plausibly could be explained by aggressively contractionary fiscal policy. Biden just yesterday crowed that he had reduced the budget deficit by $1.4 trillion in little over a year. That’s about 7% of GDP, so we might expect a contraction on the order of 4% of GDP (allowing for intervening, underlying GDP growth), and that’s about what we have seen.
5. Thus, from this perspective, H1 could be seen as a ‘technical recession’, but which I mean a formal downturn in GDP without an underlying business cycle.

In any case, only broad based production indicators like GDP subject to big revisions are consistent with a recession in H1.

32 thoughts on “Business Cycle Indicators at the Beginning of November”