Where M is money, V is velocity, P is price level, Q is economic activity.

Assume V’ is constant; then:

Taking this manipulation literally, one obtains the following picture. 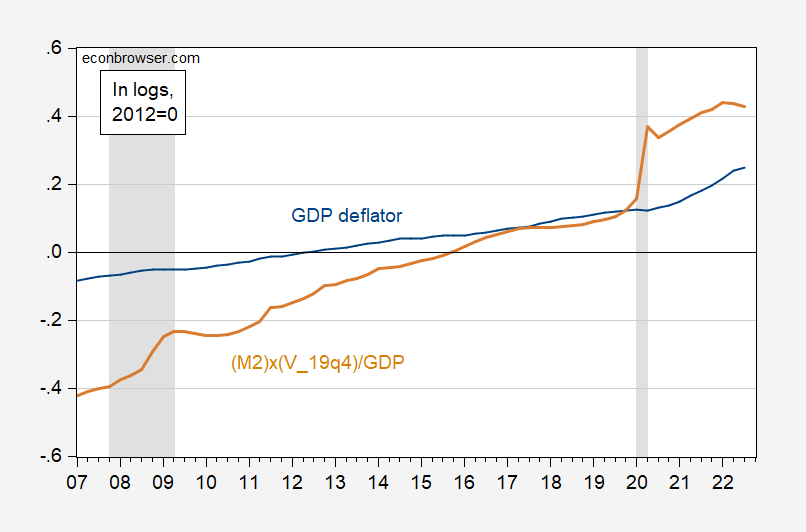 If you were wondering, there is little evidence of stability in velocity (either mean or trend stationarity). The Johansen maximum likelihood approach to testing for cointegration shows no evidence of a long run relationship between the GDP deflator on one side, and M2 divided by real GDP on the other (the tan series in Figure 1) over the 1960-2022Q3 period.

40 thoughts on “Implications of a Flex-Price Quantity Theory”