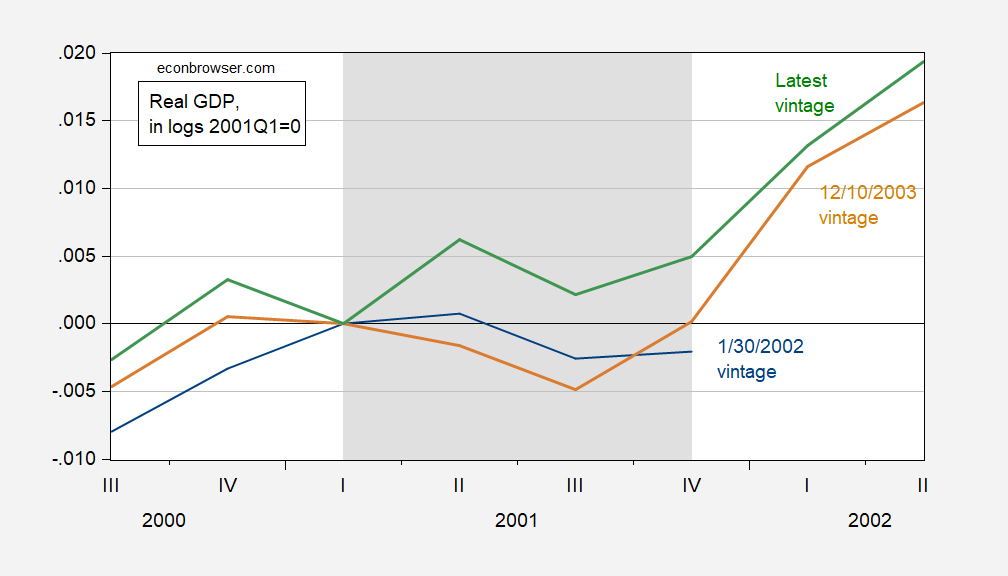 Note that ECRI dates and NBER dates are the same for this peak-to-trough episode.

Based on GDP, Jim Hamilton notes that by the Chauvet-Hamilton measure, as of 2022Q2, the US economy was not in recession. One commentator slavishly hews to the 2 quarter rule, based on the current statistics.

29 thoughts on “Reminder: Using the “Two-Consecutive-Quarter Rule” There Is No 2001 Recession”