Oil prices are down, and futures are in backwardation. Gasoline prices are also (way) down from June peaks. 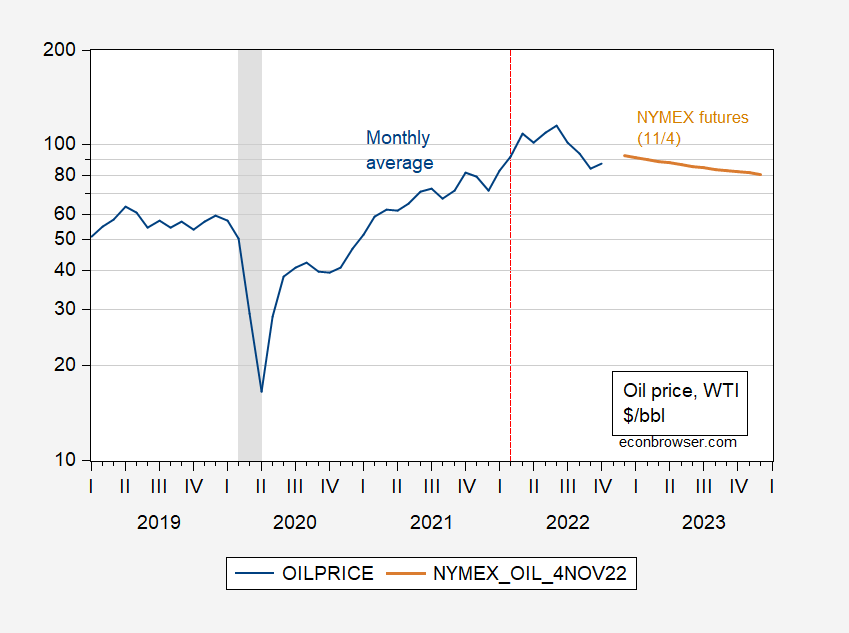 While futures prices show a decline (both now, and back in October), the EIA STEO forcast from  October was for price increase. Presumably, when the November STEO comes out, that pattern will persist. (That being said, statistical analyses usually indicate futures outperform most forecasts, although STEO forecasts do pretty well.) 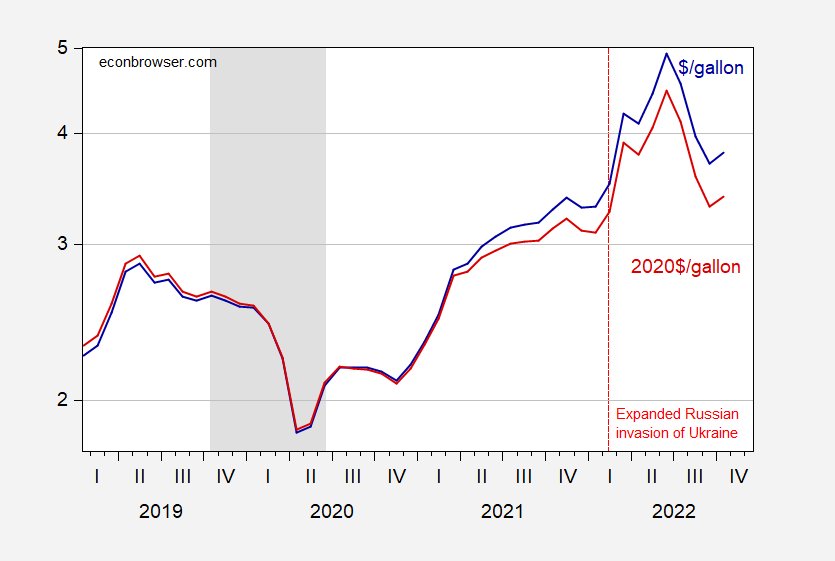