Expectations of central bank policies are only part of the story

The rapid decline in emerging market currency values has been quite remarkable: 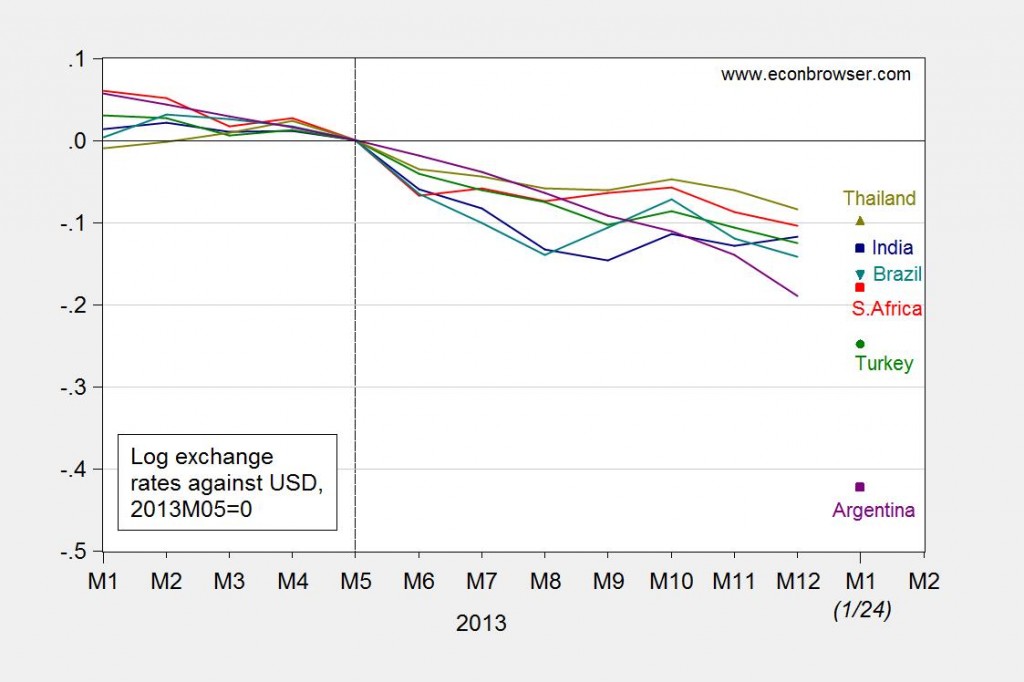 The movements at first glance would seem to be attributable to revisions to expectations regarding future central bank policies — both quantitative/credit easing as well as the path of short rates (discussed in this post, as well as this June post). As Steven Englander (Citi) noted on Friday:

The sell-off in high-beta currencies, particularly in EM, is driven by an abrupt change of tone among G10 central banks with respect to liquidity provision. The fear is that the Fed, BoE, and even the BoJ will become less dovish more quickly than had been though even a few weeks ago. The question is whether one or more of these CBs will act to reverse this view, given that central banks talk all day about cooperation, but act only when disruptions abroad threaten national economies.


The Fed and the BoJ look most likely to signal that market fears of an abrupt pullback from abundant liquidity provision are overdone. Recent BoJ comments are stoking the fire, but there is unwelcome collateral damage to USDJPY and the Nikkei. The Fed is likely to be obsessed next week with domestic policy considerations rather than global repercussions. Most likely outcome is that we see more market friendly comments, but no indication of substantive change in policy.

But as Englander observes, G-3 central bank policies are not the only drivers; other global factors as well as domestic political factors are also weighing down on some currencies. This proposition is expanded upon in posts by Kaminsky at FT and Fernholz at Quartz.

The global factor is China, or namely the Chinese slowdown [1] which presages (perhaps) lower commodity prices [2]. Domestic political factors are prominent in Argentina and Turkey.

Regarding the China effect, the IMF has some interesting work on the subject. Figure 4 (reproduced below from IMF (2013)) provides some summary results: 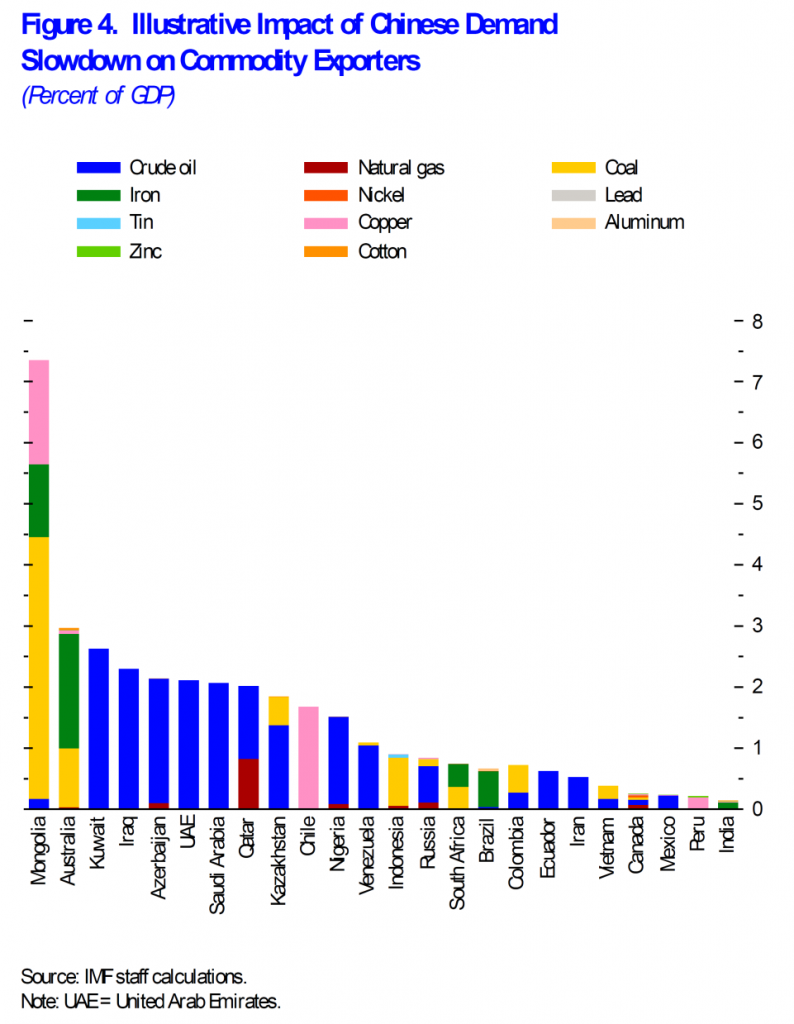 The graph is described thus:

Figure 4 illustrates rough estimates of the impacts of a slowdown in Chinese growth from an average of 10 percent during the previous decade to an average of 7½ percent over the coming decade. The numbers shown in the figure are the declines in net revenues (as a percentage of GDP, adjusted for Purchasing Power Parity) for various commodity exporters as a result of lower Chinese demand.

Of these, Brazil and South Africa have experienced noticeable losses over the past month, as shown in Figure 1.

One remark about Argentina. The extreme drop in the Argentine currency is associated with the central bank’s decision to cease intervention.[3] This is a reminder that one cannot infer the extent of the shocks (arising from foreign monetary policy, economic uncertainty, terms of trade, and political uncertainty) from observed currency movements, as much depends on the central bank reaction function — which in turn depends in part on the size of foreign exchange reserves (Argentina’s are fast declining [4]). More on that in this post.