The Chinn-Ito index revised and updated to 2012 is now available here. 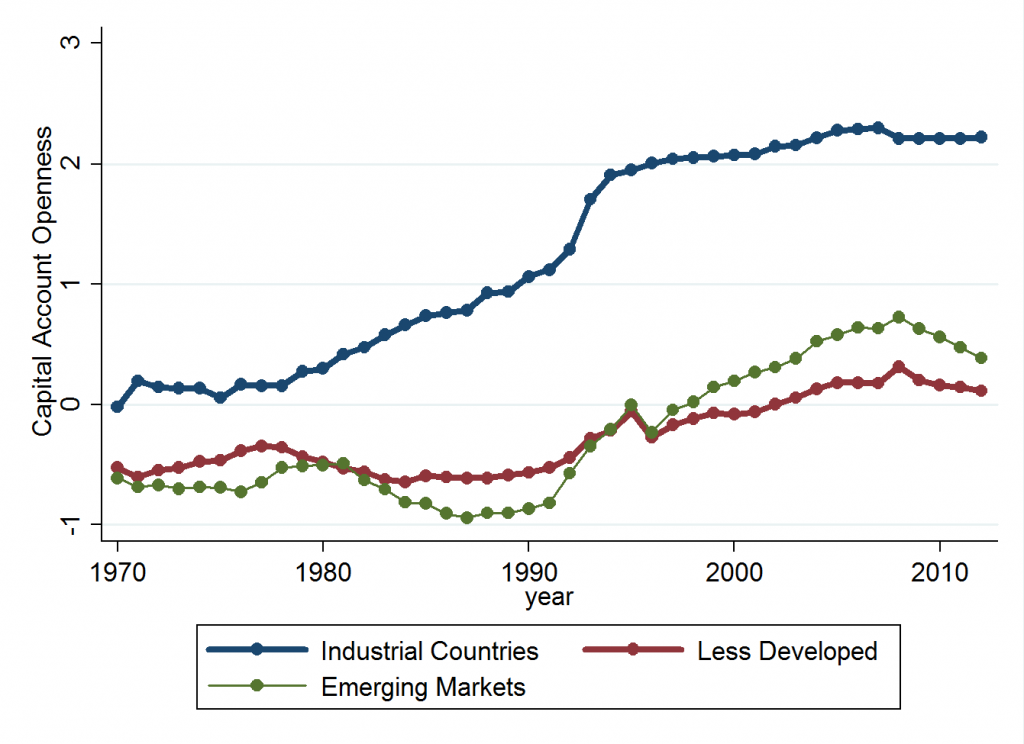 The Chinn-Ito index (KAOPEN) is an index measuring a country’s degree of capital account openness. The index was initially introduced in Chinn and Ito (Journal of Development Economics, 2006). KAOPEN is based on the binary dummy variables that codify the tabulation of restrictions on cross-border financial transactions reported in the IMF’s Annual Report on Exchange Arrangements and Exchange Restrictions (AREAER). This update is based on AREAER 2013, which contains the information on regulatory restrictions on cross-border financial transactions as of the end of 2012.

Financial openness is germane to the prospects for the rise of new international currencies (e.g., Eichengreen (2013), Chinn (2012), Ito and Chinn (2014), and Prasad (2014)). Most studies concur that one of the pre-requisites for international currency status (thus far) is financial openness, so it’s useful to inspect the evolution of openness in the BRICs (compared to the US). 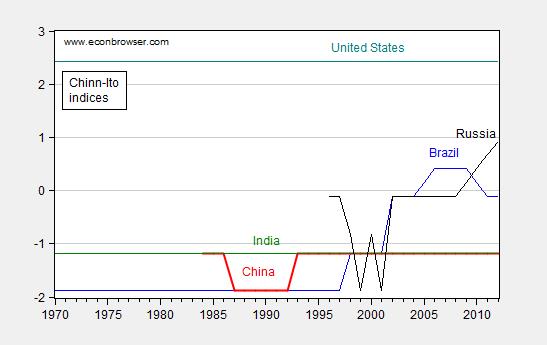 It’s interesting that China and India have made no progress toward liberalization in recent years on paper. Russia was liberalizing at least through 2012. What happened in 2013 is a question that will have to await the next AREAER.