The BEA has released a new quarterly Gross State Product (GSP) series for states — a tremendous innovation for those of us interested in tracking state economies.

One interesting comparison is Minnesota vs. Wisconsin. With GSP data, one can look at the ratio of per capita income expressed in Chained 2009$ (rather than the ratio of indices, as I have been doing using the Philadephia Fed data, e.g., [1]). 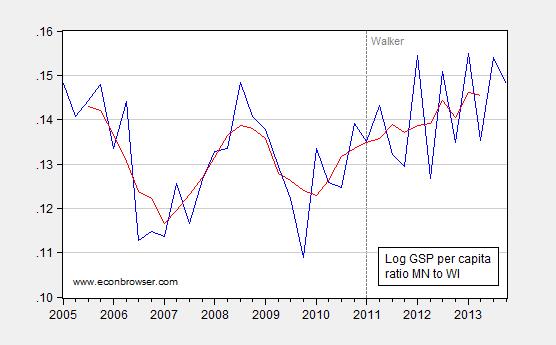 Notice that Minnesota starts moving up and away from Wisconsin around 2011. That’s eyeballing. Using a structural break test (n-step ahead recursive residuals test) confirms that conjecture. 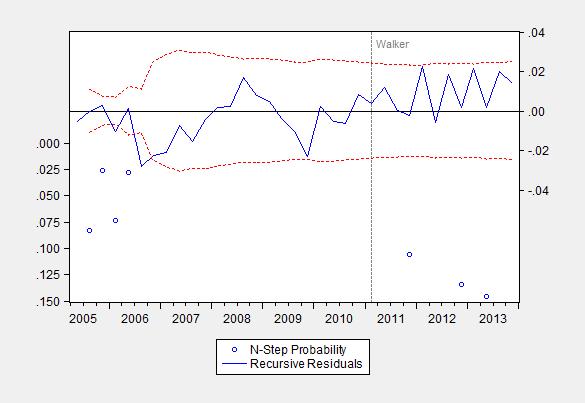 Update, 8:45AM Pacific, 8/23: Louis Johnston also delves into the new quarterly data series, focusing in with much greater detail on Minnesota.