Wisconsin Department of Health Services indicates additional $760 million Medicaid expenditures for FY15-17. [1] This implies a further worsening of the 2015-17 biennium structural budget balance from -$1.8 billion (discussed here) to something like -$2.56 billion. 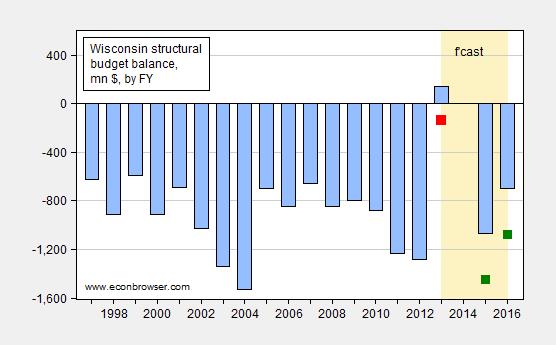 In addition to a deteriorating budget situation, employment and output are lagging [National Journal}. BLS will report Wisconsin August employment on Friday, DWD I am guessing will release figures tomorrow. I do not expect anything to change my view that by January 2015, employment will undershoot Governor Walker’s promise of 250,000 net new private sector jobs by about 120,000.