Arthur Laffer, Stephen Moore and Jonathan Williams strike again in this year’s installment of RSPS. According to their report, Utah’s prospects are the best, and Wisconsin’s outlook has risen to #9. Should the residents of these states rejoice?

Well, if the more highly ranked a state was according to ALEC, the faster the state’s growth, then there might be cause. Let’s look at 2015 growth (relative to national) and the ALEC ranking in 2014. 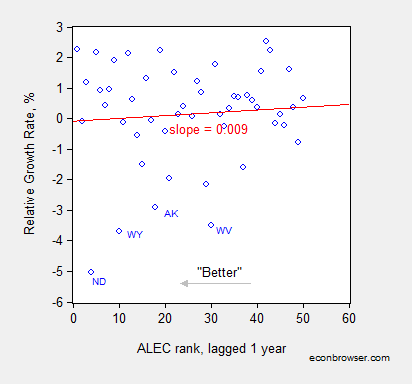 Instead of the expected (at least by Arthur Laffer et al.) negative slope, OLS yields a postive (but statistically insignificant) slope coefficent. Omitting the outliers of WY, AK, ND, WV doesn’t change this basic result. The adjusted R2 is negative either way — there is essentially no explanatory power associated with the ALEC rankings.

The basic finding is unchanged if one considers GDP and/or different time horizons, as discussed in this post.

All this makes me wonder — exactly how much is ALEC paying Messrs. Laffer, Moore and Williams for this “analysis”?

Update, 4/14 11am Pacific: Because some readers (e.g., W.C. Varones) are unable and/or unwilling to click on cited references, I reprise this post from July 2015, which econometrically and fairly comprehensively assesses the usefulness of the ALEC sponsored RSPS rankings. 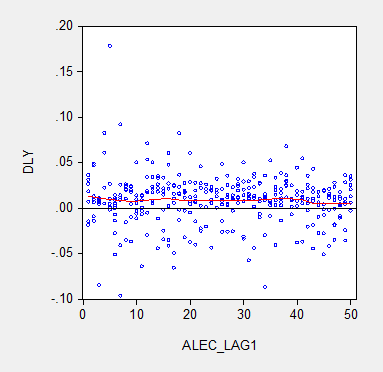 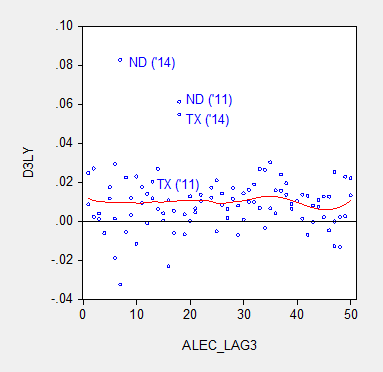 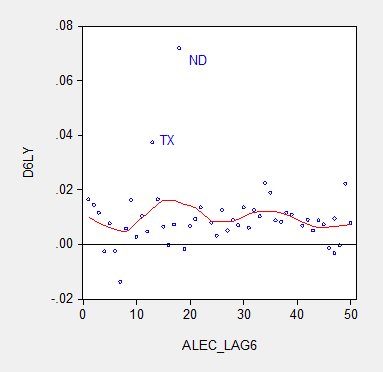 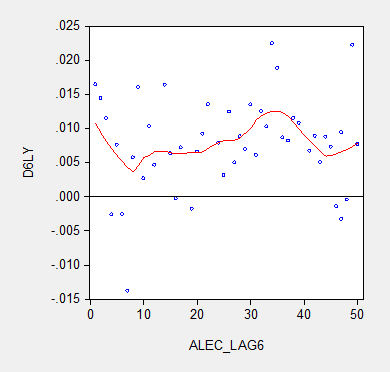 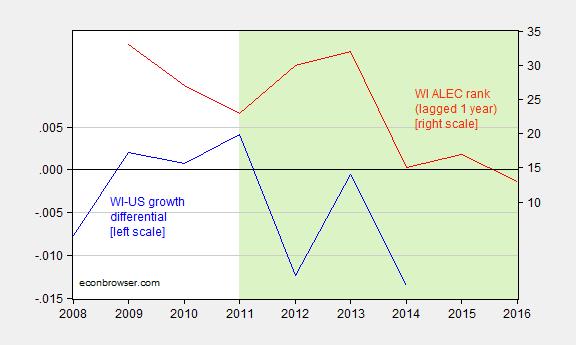