No more drought in Kansas. And yet, according to the Philadelphia Fed, Kansas again stands out in economic decline: 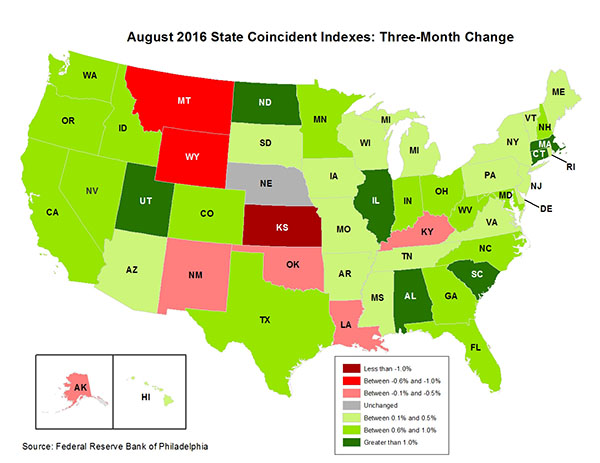 The August figures in the context of previous vintages, and forecasts, are shown below: 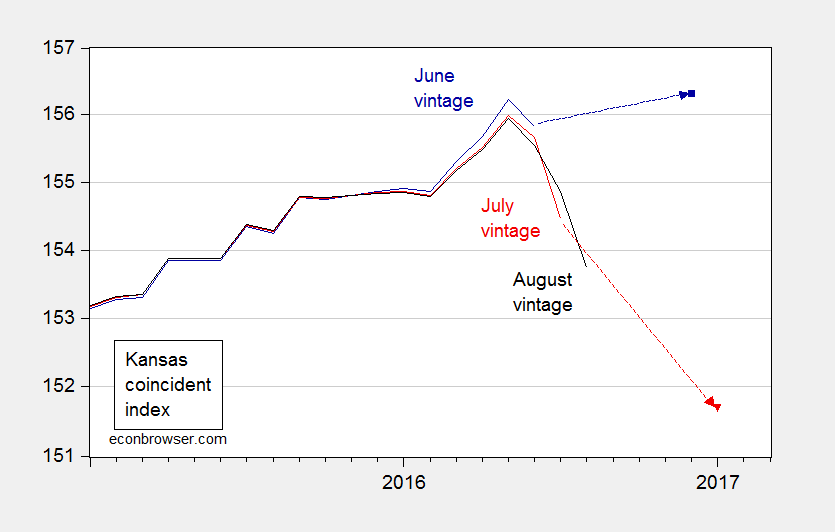 While the July index value has been revised upward by 0.3 percent (log terms), the trajectory of economic activity remains largely unchanged.

This downturn is all the more remarkable given the improvement in the drought conditions. 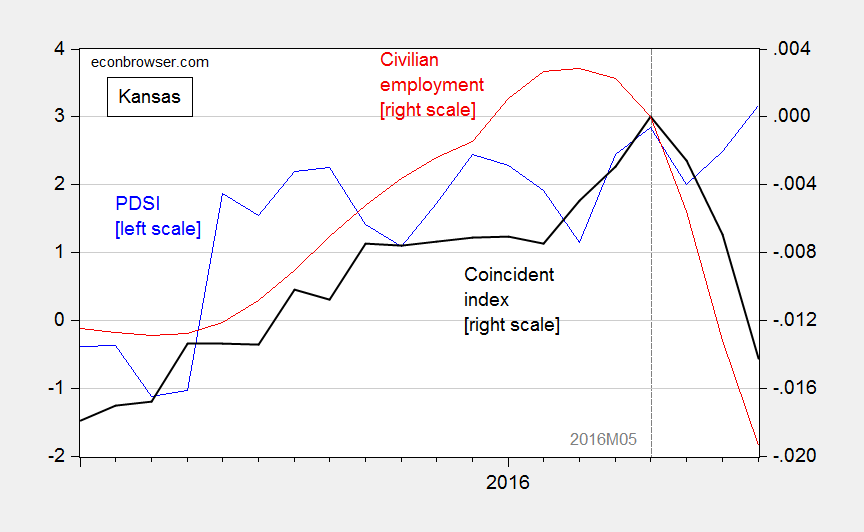 For those who are concerned that the Philadelphia Fed’s coincident index misrepresents economic activity in Kansas (despite the fact that the correlation between state GDP and coincident indices is between 0.55-0.70, according to the Philadelphia Fed), I’ve included reported civilian employment; that too has collapsed since its most recent peak: about 2% (log terms) in the space of five months.

And that recovery in drought conditions is from an overall worsening trend. 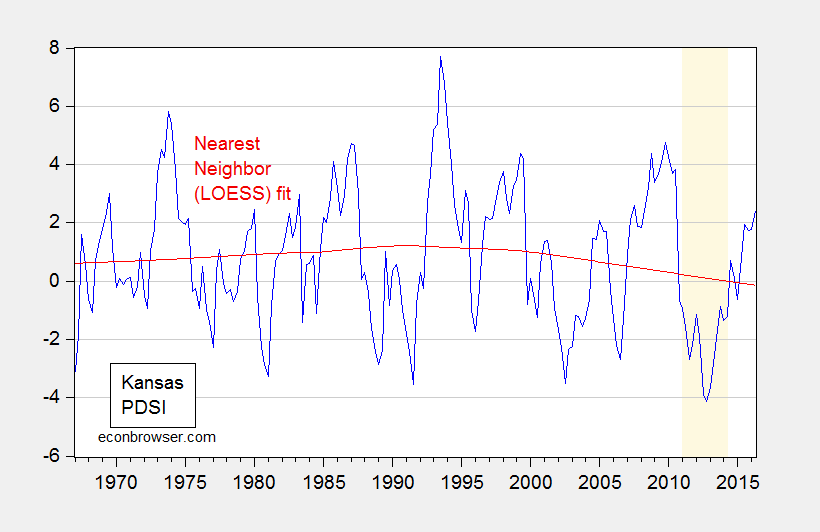 Since about 1998, the trend has been toward lower values of the PDSI.