As the Administration mulls over possible trade actions against China, it is important to concede official trade statistics do provide in some sense a misleading picture of US-China bilateral trade — but not misleading in a way such that if corrected bolsters the Administration’s arguments.

Currently, the full value of a widget partly made in Malaysia, Singapore, and Taiwan and finally assembled in China is counted as coming from China. Suppose, instead, we counted the amount of value added in China in the trade statistics. What would the trade deficit look like? 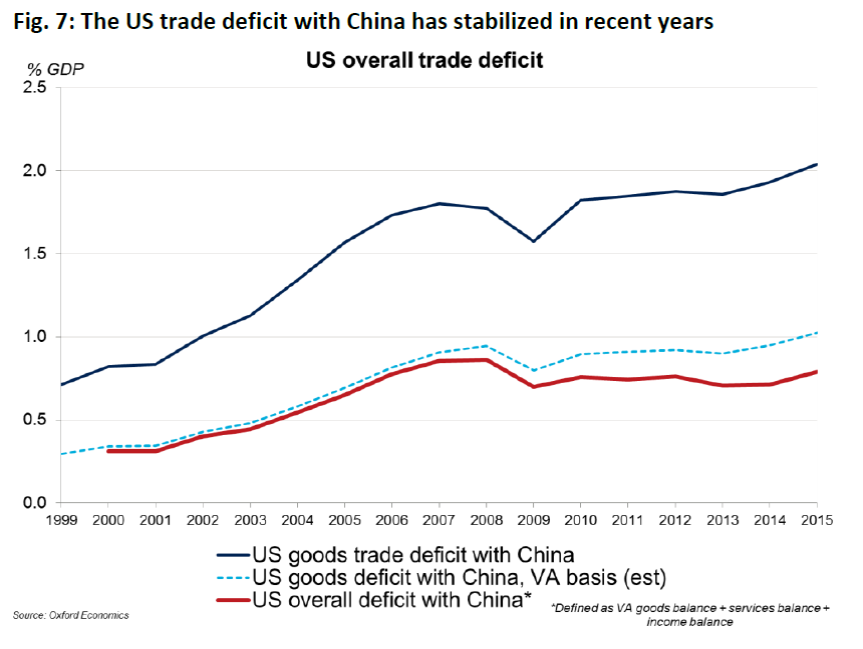 As of 2015, the goods trade deficit in value added would be about half the size of the official. Why this disjuncture? From the report:

the bilateral trade number fails to fully explain the impact of trade with China on the US economy. As it plugs into the global industrial supply chain, China is the “Great Assembler.” The OECD estimates that about one-third of the content of Chinese exports is foreign, compared with just 15 percent of US exports. Although China has been trying to increase its domestic consumption and move up the value-added chain, the latest data suggests that even in key growth markets—computer equipment, electronics, and electrical machinery—the foreign content of goods assembled and re-exported from China is still roughly 50 percent.

The quintessential example is the iPhone, as recounted by Xing (2011).

Lest one think this is a finding specific to this Oxford Economics study, be aware that similar results have been found in Johnson and Noguera (2014), discussed in this post, as well as Sposi and Koech (2013).

Here is a picture of what US bilateral trade balances look like after adjustment (2004 data): 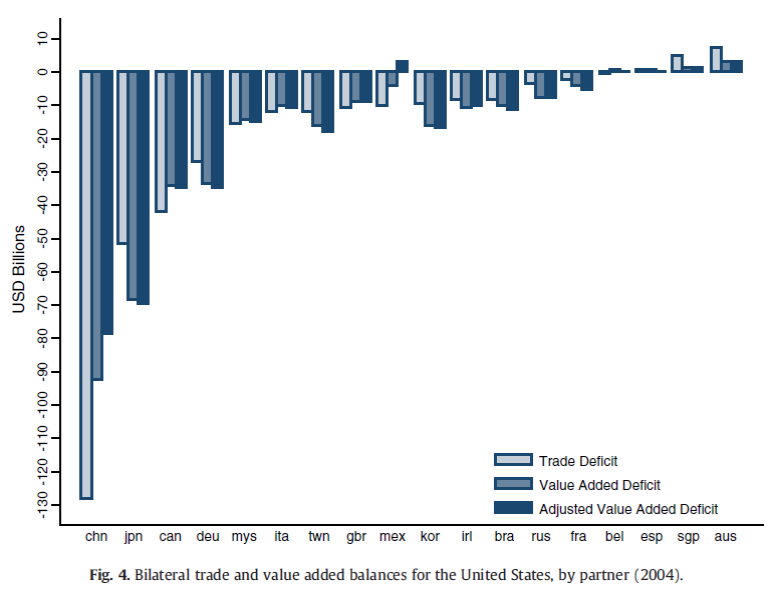 So, if people want to have a better insight into what bilateral trade balances look like, they should not be looking to imposing nonsensical asymmetric treatment of imports and exports. Of course, getting “better” numbers is a lot harder and time consuming than just manipulating the data to justify some predetermined policy measure.