Almost exactly 12 years ago, I noted the decline in equipment and software investment and the contemporaneous plateauing of capital goods imports, and repeated my worries in mid-June. At the time, I didn’t dare suggest an impending recession. Jim Hamilton (in July) warns “All of which is a reminder that the latest GDP numbers do not prove that we’re out of the woods yet” as the recession probability indicator rises to 26.2%.

I was reminded of these developments as I read over the 2019Q1 GDP release Jim discussed in Friday’s post. Here is what I found of interest. 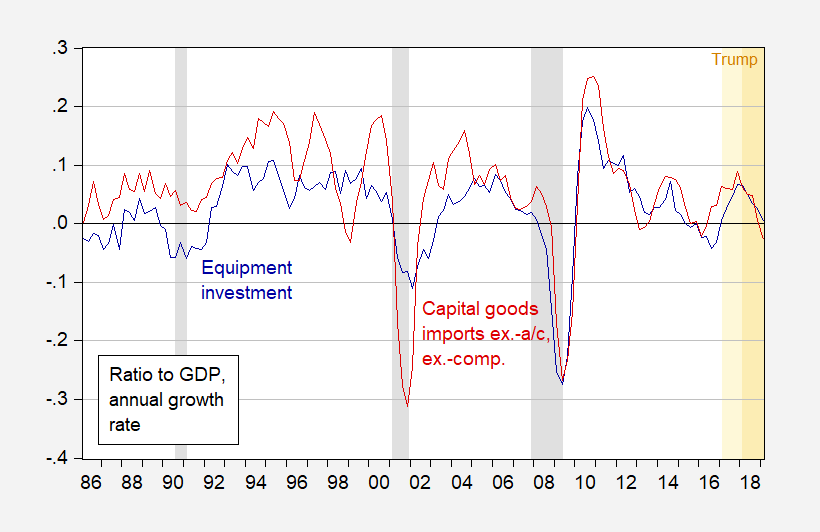 Estimating a probit regression using the investment variable as coincident (not leading) variable, one obtains (1986Q1-2019Q1):