Surprisingly, that’s not a quote from Larry Kudlow on today’s news shows. Rather that is then Council of Economic Advisers Chairman Ed Lazear on May 8, 2008. Just to remind people, that is 5 months after the recession start determined by NBER.

“I don’t see a recession at all,” Kudlow said on “Fox News Sunday.” He added that there were no plans for additional fresh measures to boost the economy, and that the Trump administration would stay the course on its current agenda.

“Consumers are working. At higher wages. They are spending at a rapid pace. They’re actually saving also while they’re spending — that’s an ideal situation,” he said on NBC’s “Meet the Press.” 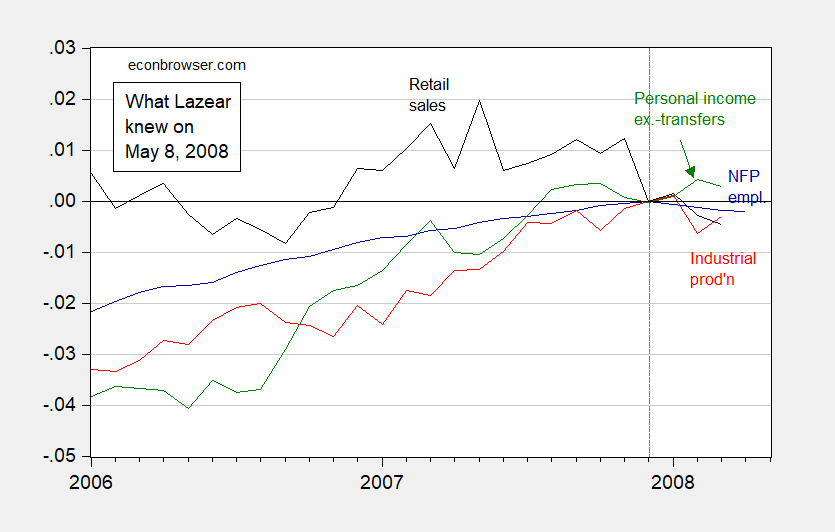 These are, with the exception of retail sales, several key indicators followed by the NBER’s Business Cycle Dating Committee. (I could not obtain the relevant vintage of real manufacturing and trade sales, so plot real retail sales instead).

And what does Larry Kudlow (who is, by the way, National Economic Council chairman; CEA Chairman Tomas Philipson has not opined on television, but he has emailed an assessment) know (or should know)? 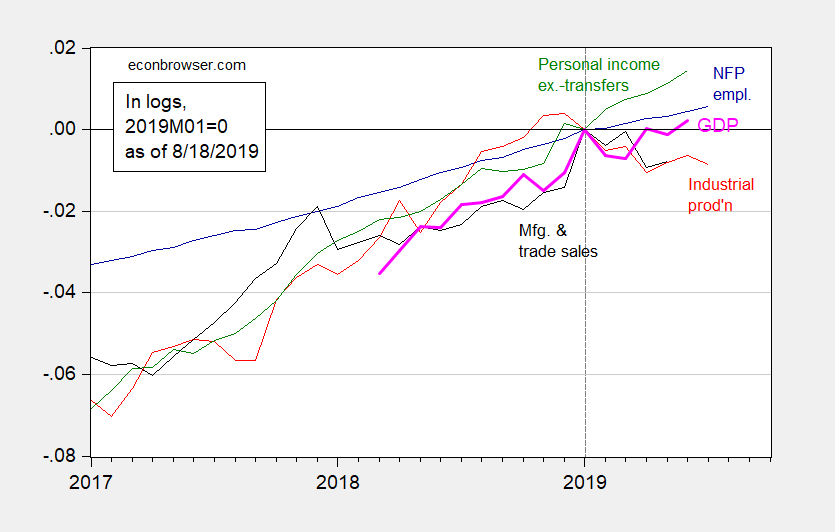 Just as in May 2008, it’s not clear one way or the other, but outright dismissal was (as I discussed with other macroeconomists at the time) probably not a good idea.

Note that Mr. Kudlow was similarly dismissive back in December 2007, as noted by Chuck Todd on Meet the Press (Washington Examiner):

“This is what you wrote,” Todd said on Meet the Press. “‘There’s no recession coming.’ This is in December of [2007]. ‘The pessimistas were wrong. It’s not going to happen. The Bush boom is alive and well. It’s finishing up its sixth consecutive year with more to come.’ The more to come was a massive downturn. I admire your optimism, but the data is pointing in another direction.”

There’s no recession on the horizon.

“Technically we didn’t have a yield curve inversion,” he said on “State of the Union.” “All we’ve had is a flat yield curve.” 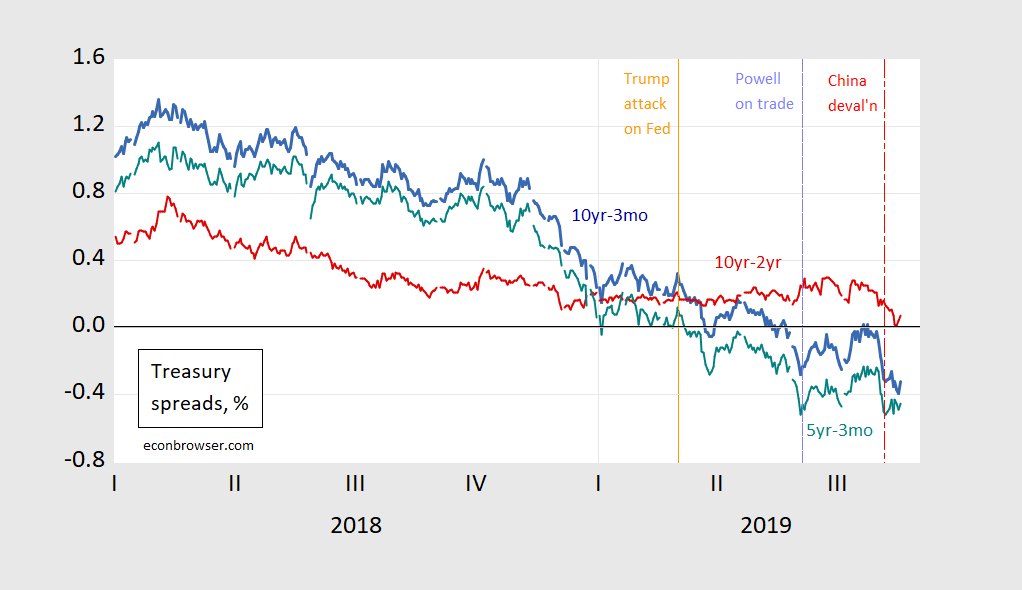