Why you should attend this UW Economics JPGI talk by Kenneth Rogoff tomorrow (Wednesday) at 4:30 pm:

…The United States, because of the Federal Reserve, is paying a MUCH higher Interest Rate than other competing countries. They can’t believe how lucky they are that Jay Powell & the Fed don’t have a clue. And now, on top of it all, the Oil hit. Big Interest Rate Drop, Stimulus! 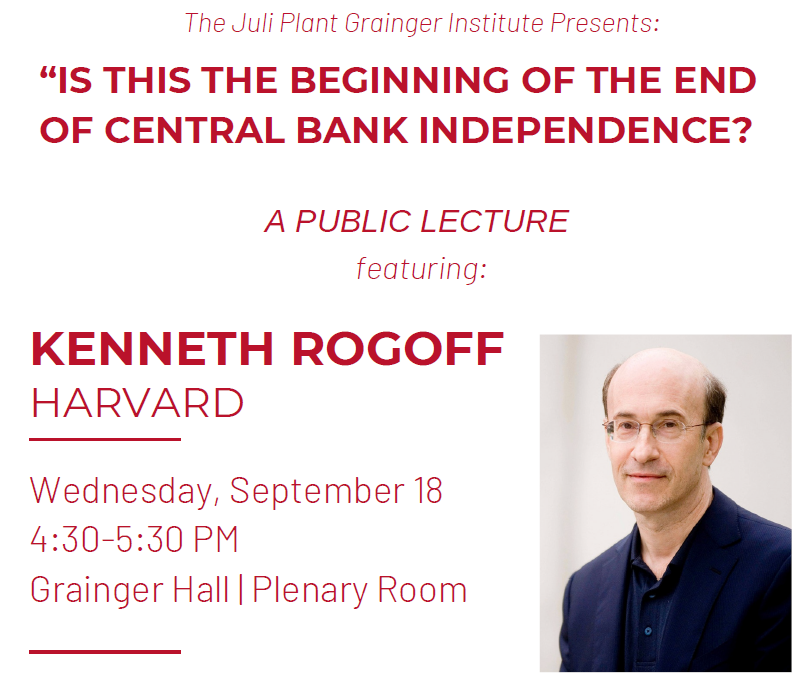 And the talk begins — Ken Rogoff and the 10 year TIPS yield, at Grainger Hall. 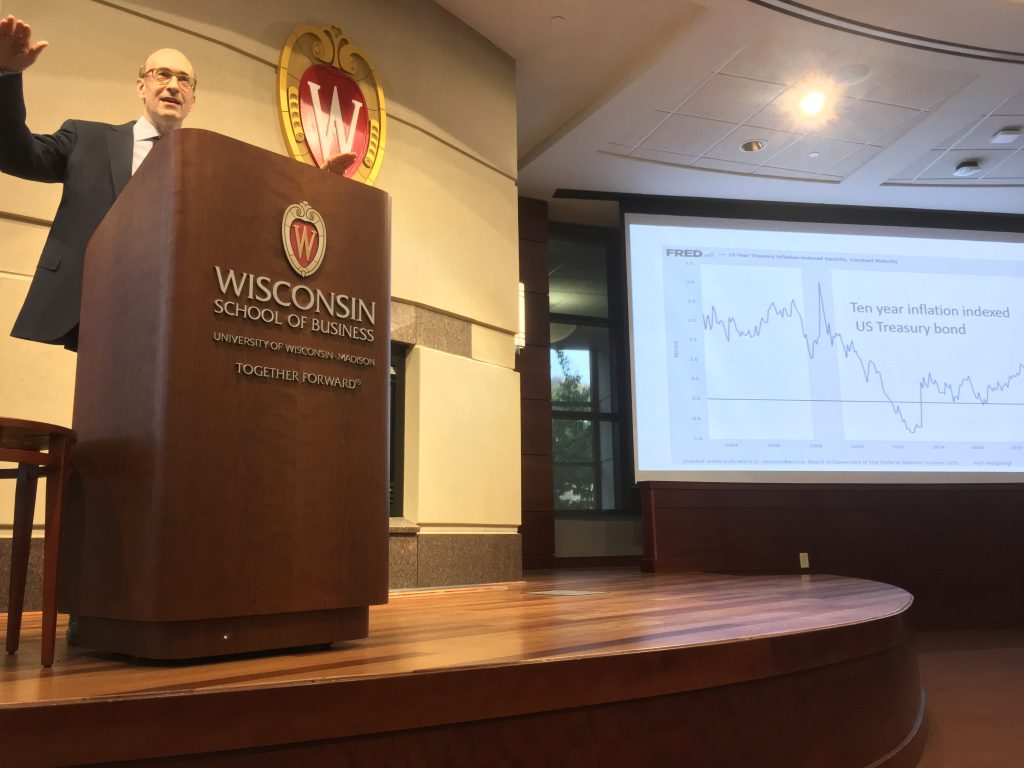 67 thoughts on “Ken Rogoff: “Is this the beginning of the end of central bank independence?””