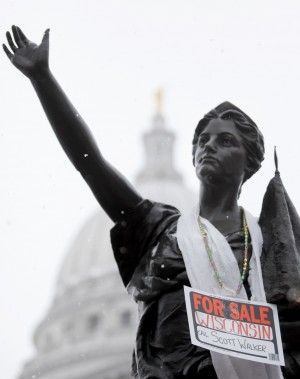 So, since Walker failed to hit his 250K new private sector jobs by January 2011 (it finally did so in December 2018), and FoxConn has so far been an enigma, we can look at how Wisconsin did in boosting the labor force — presumably pretty simple given the mobility of labor across borders.

Well, not so good. 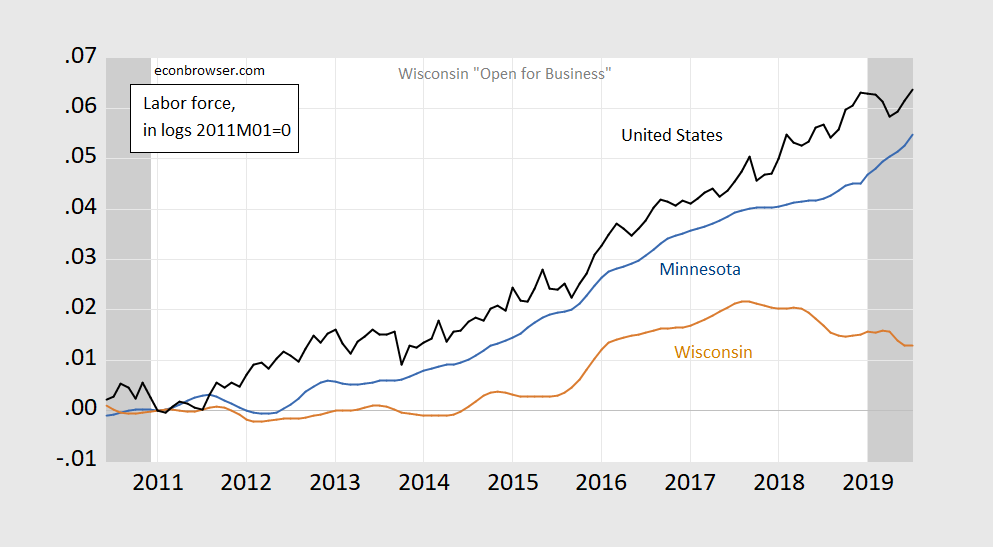 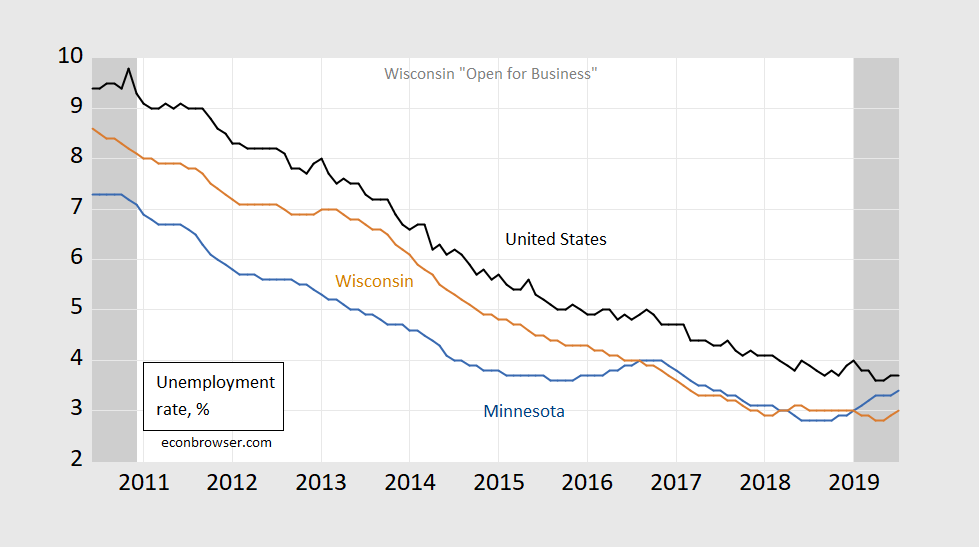 In other words, if Wisconsin had really enhanced its attractiveness to labor and firms, one would’ve expected faster growth in the labor force, and ambiguous effect on unemployment.

(By the way, using historical correlations, Wisconsin underperformed in terms of nonfarm payroll employment growth, as shown in this post.)