By April 2018, the Tax Cut and Jobs Act and the Bipartisan Budget Act of 2018 had been put into law. The CBO projected a bump in GDP growth, relative to counterfactual. (According to the CBO, the TCJA alone should have pushed output 0.6 percentage points above baseline in 2019.) However, the actual record has been fairly plodding, as shown in the below figure. 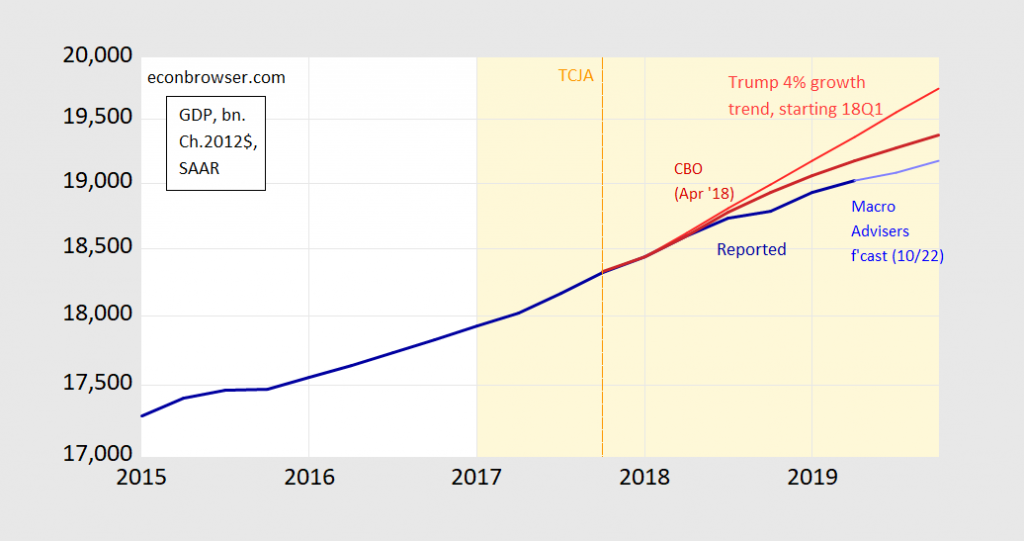 Did not come to pass, as the trajectory is below the light red line of 4% (forget 5%). And in fact  realized output was below the CBO current law projection (dark red line).

There are several possible explanations for this outcome: (1) the counterfactual no-stimulus trajectory was worse than projected; (2) the multipliers associated with TCJA and the BBA were smaller than anticipated, perhaps due to the fact that output was already close or above potential GDP; (3) GDP, while stimulated by tax cuts and spending increases, was depressed by economic policy uncertainty both at home and abroad; or (4) combinations of all of the above.

64 thoughts on “Where Did All the Stimulus Go?”