With increasing term spreads (or, steepening of the yield curve), fears of imminent recession have waned. Does this make sense?

In previous posts [1], I have been reporting estimates of a recession-month 12 months ahead, using probit models, estimated 1985 onward. Here, I use unadjusted 10yr-3mo spreads as well as adjusted by estimated term premium, 1967-onward. But what might be of greater interest is whether a recession will start any time within the next twelve months.

In order to assess this, I estimate two probit regressions, 1967-2019M11. First, the conventional specification.

Next, the specification for recession any time within the next twelve months

The resulting recession probabilities are shown in Figure 1. 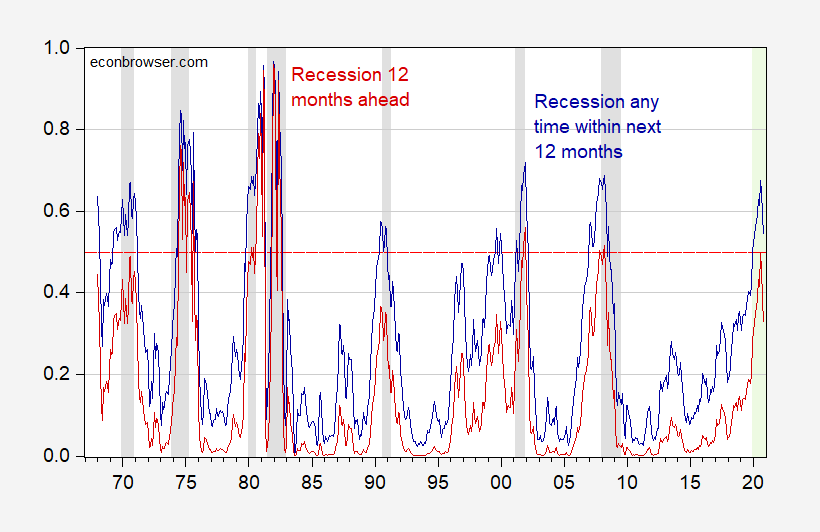 These estimates based on the 10yr-3mo spread (3 month is Treasury bill secondary market). 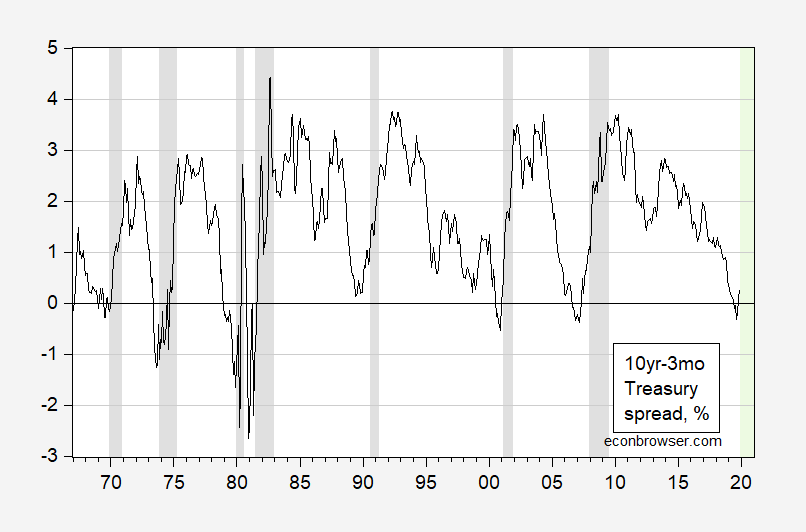 So, too early to relax…

I should give proper credit to where I got the idea to try to estimate the cumulative probability; it’s from Johansson, Meldrum, “Predicting Recession Probabilities Using the Slope of the Yield Curve,” FEDS Notes, March 2018.

39 thoughts on “Probability of Recession: In 12 Months vs. Within 12 Months”