The Bureau of Economic Analysis announced yesterday that U.S. real GDP grew at a 2.1% annual rate in the fourth quarter of 2019. That’s slightly below the 2.3% average rate since the recovery from the Great Recession began in 2009:Q3. 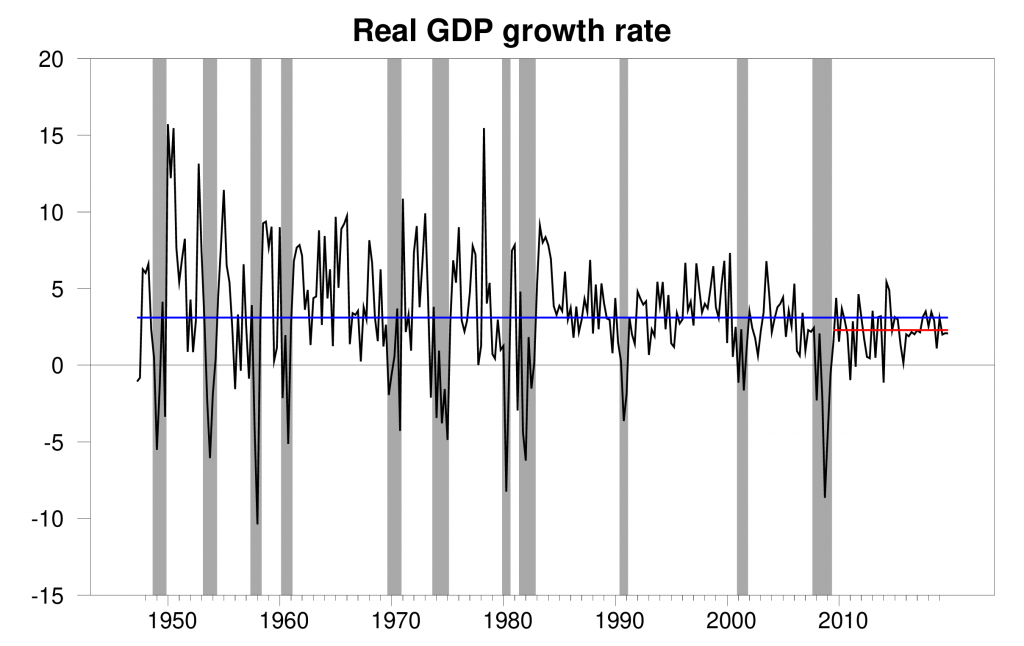 The new release kept the Econbrowser Recession Indicator Index nearly steady at 3.8%, consistent with the very low range it’s stayed in over the last two years. With the expansion now over ten years old, each quarter that economic growth continues sets a new record for the length of the longest expansion ever observed in the U.S. 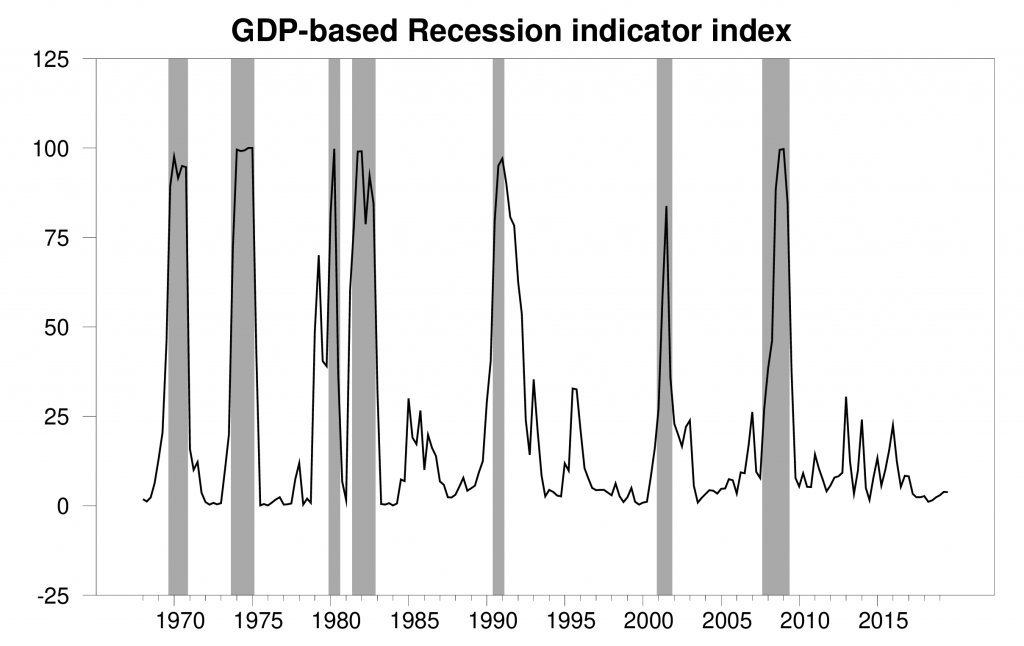 GDP-based recession indicator index. The plotted value for each date is based solely on information as it would have been publicly available and reported as of one quarter after the indicated date, with 2019:Q3 the last date shown on the graph. Shaded regions represent the NBER’s dates for recessions, which dates were not used in any way in constructing the index, and which were sometimes not reported until two years after the date.

Consumption growth slowed in the fourth quarter. But most of that was due to a reduction in purchases of imported consumer goods, presumably partly in response to new tariffs on Chinese imports that went into effect in September. Because imports are subtracted from GDP (Y = C + I + G + X – M), a drop in consumer purchases of imports (if consumers do not replace those lower purchases with increased purchases of domestically produced goods, as they seemed not to in the fourth quarter) simultaneously lowers both C and M with no effect on GDP. With total consumption spending making a smaller contribution to GDP growth, but lower imports making a new positive contribution to GDP growth, GDP ended up growing in the fourth quarter at exactly the same rate as it had in the third. 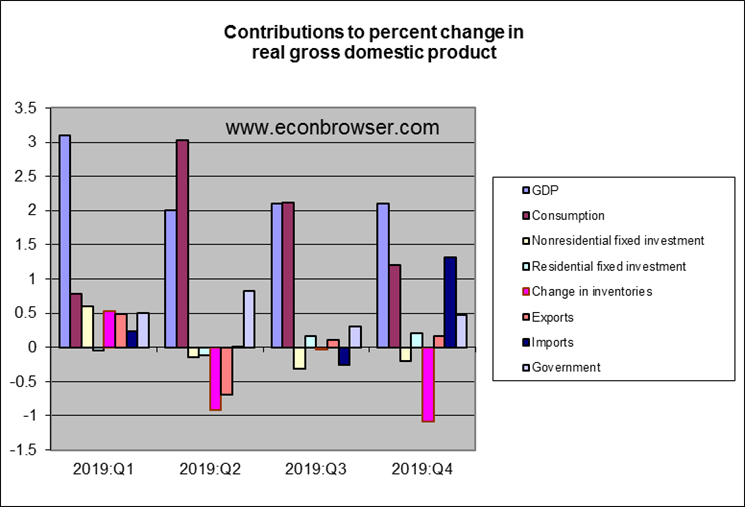 Investment spending and exports remained weak. So despite the slower growth in total consumer spending, it remains the case that consumers are still the main driver of recent U.S. economic growth.