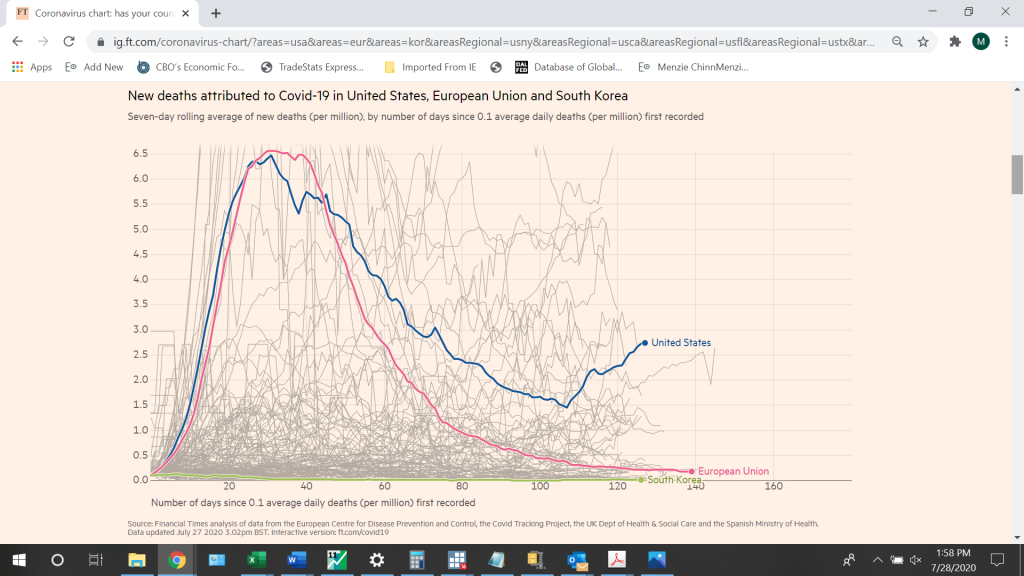 For those who believe that increased testing is behind the increased number of cases, here is a testing-insensitive time series.

Addendum: Reader sammy says these numbers in the first figure are infinitesimal; but those are flows. Here are cumulatives. Not …so…trivial…now. 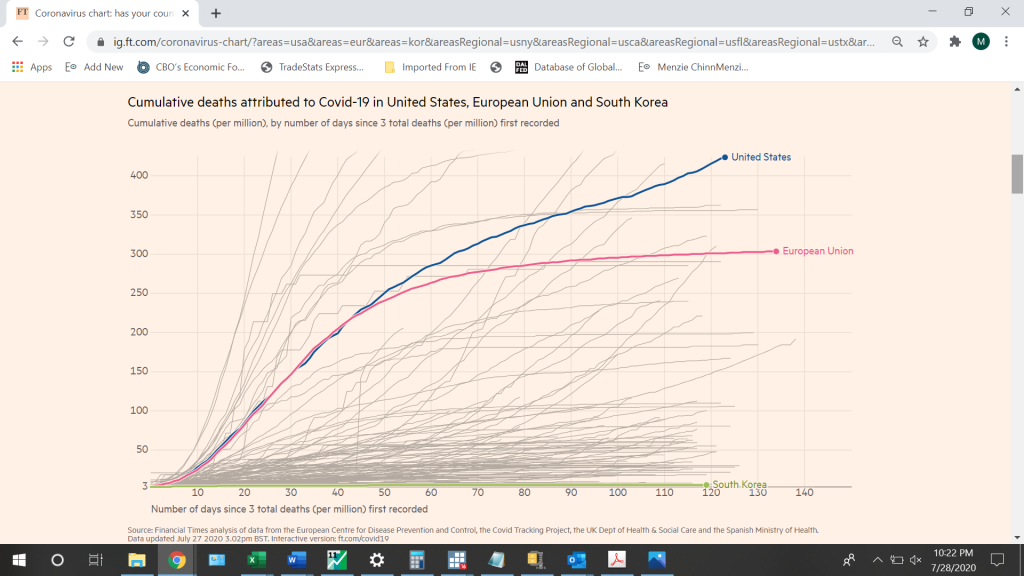 Reader Bruce Hall thinks Southern states that opened up are doing relatively well on a per capita basis. Here is a graphic for that view. 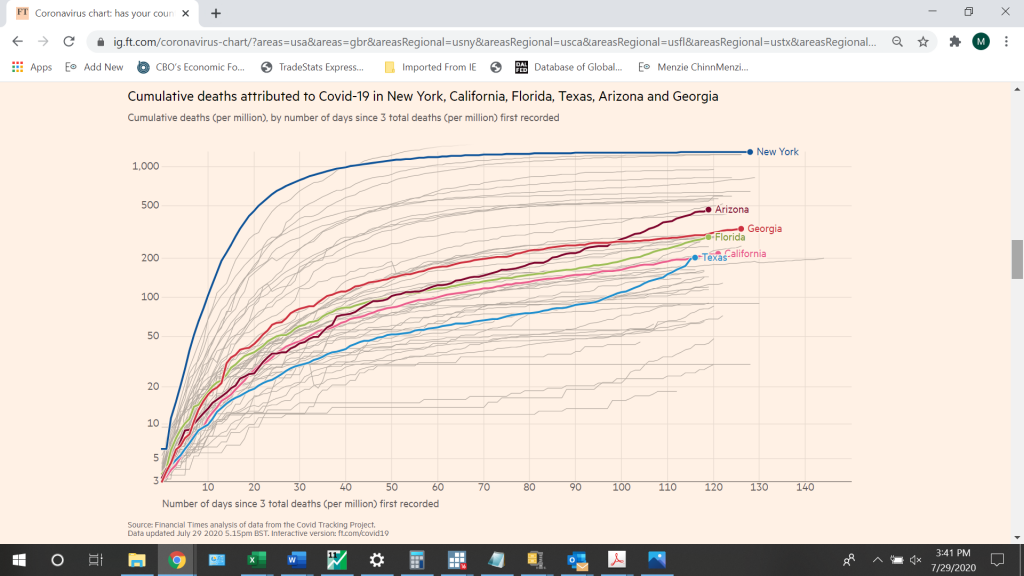 You can’t fault the governors of Florida, Texas and Georgia for not trying hard!

Addendum, 7/30: Reader CoRev agrees that one should beware definitive statements. Here is one from CoRev on July 9, 2018, over two years ago:

82 thoughts on “Covid-19 Fatalities per Million”