Employment and production were declining before the pandemic. March employment is roughly the same as three years ago. Production is down 7.8% in April vs. three years prior. 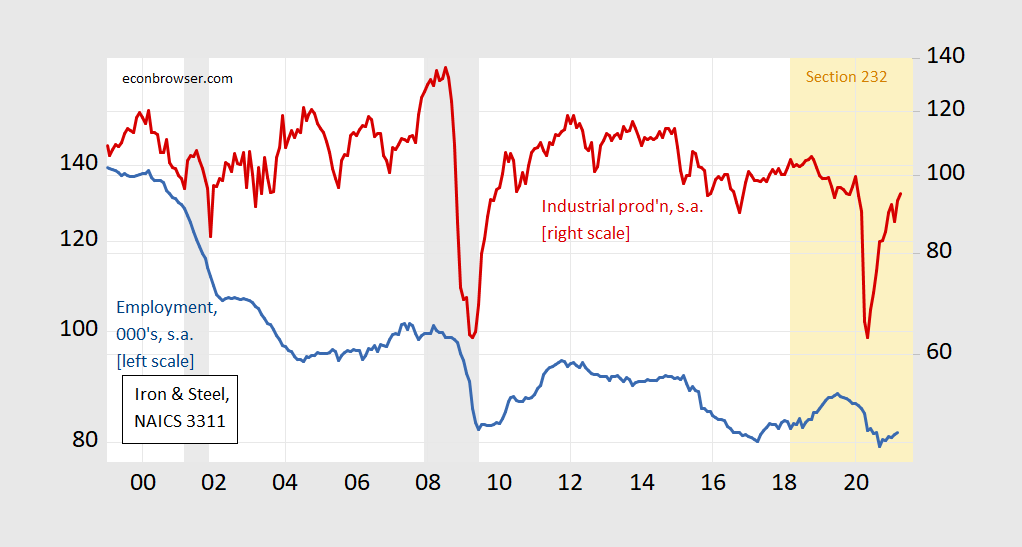 All this comes at a time of a 60% increase in the iron/steel PPI.

57 thoughts on “Steel Employment and Production”