From CNN, “McConnell says GOP will not vote to raise debt ceiling, setting up clash in Congress”:

“I can’t imagine there will be a single Republican voting to raise the debt ceiling after what we’ve been experiencing,” McConnell said in an interview with Punchbowl News published Wednesday.

CBO released a report today estimating that Treasury will exhaust funds, even after implementing emergency measures, by October or November.  So expect a replay of the mid-2000’s when Republican political brinksmanship led to heightened economic policy uncertainty. 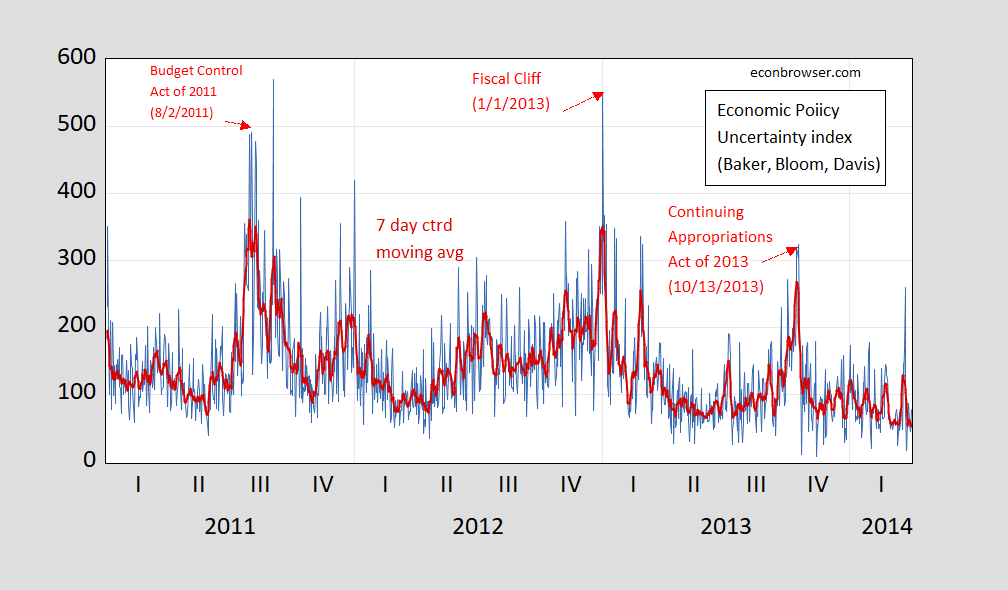 Note that these spikes are high, but not the highest in the series — that award goes to the entry on 4/26/2020, in the wake of Mr. Trump’s 4/23 musings that bleach might be an effective treatment for Covid-19.