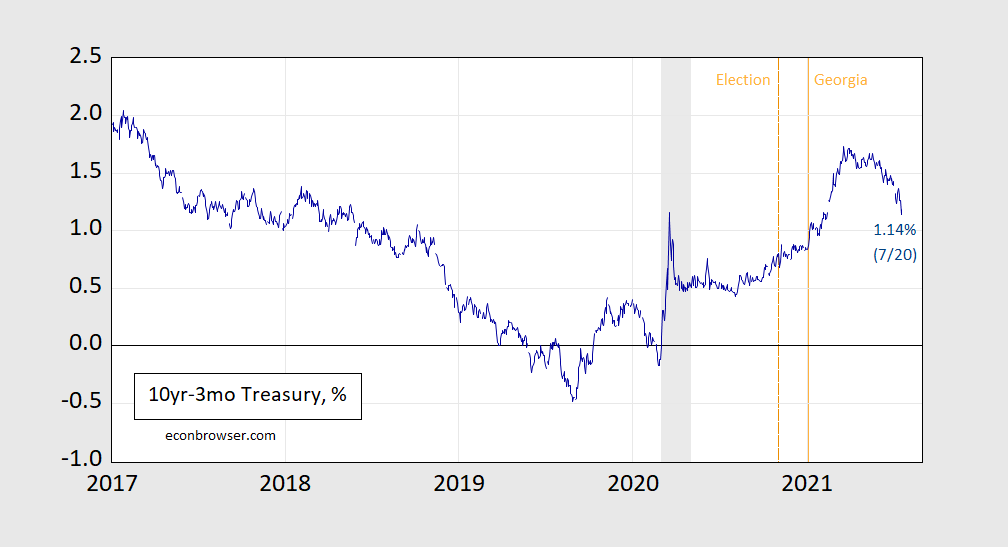 Maybe we won’t get that red hot economy, bumping up and over full-employment GDP after all.

“Equity markets were pricing an explosion of growth and margins over the next two to three years and it’s clear now we won’t have that,” said Ludovic Colin, senior portfolio manager at Vontobel Asset Management.

Colin said however bond markets appeared too pessimistic in starting to price recession.

“We don’t think we will have recession, just long-term growth that won’t be as beautiful as what was expected by investors in January-March period.”

Given the spread is still positive, predicting another recession seems uncalled for, especially given special factors affecting the term premium (e.g., flight to safety, Fed quantitative easing, etc.), as discussed before the last recession (e.g., here and here). 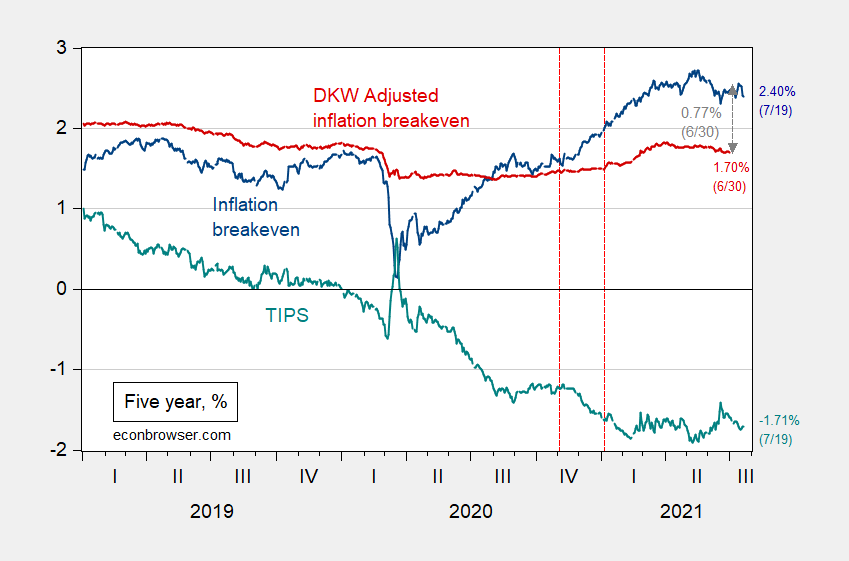