In thinking about benchmarks, does it matter right now which oil price to refer to? Jim H. and others have noted Brent is a more appropriate benchmark for gasoline prices. 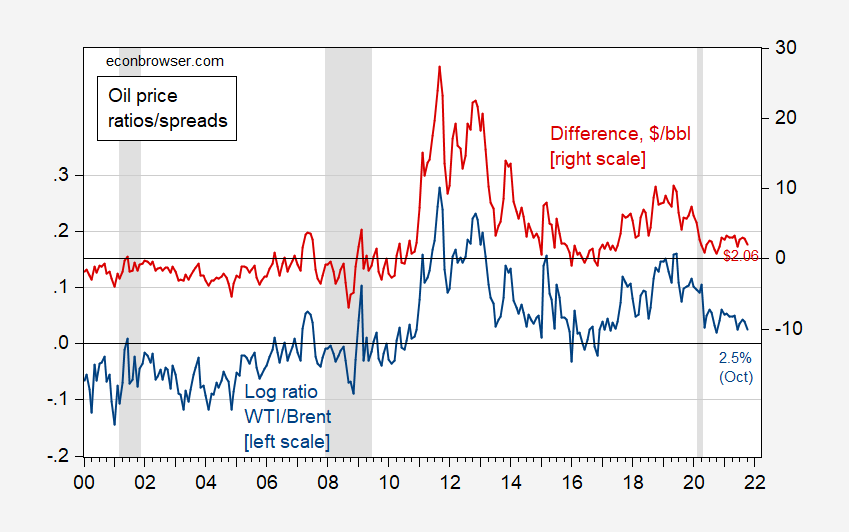 Two of Jim’s posts on Brent, here and here.