Well, given the trilemma, and limits to capital control efficacy, it’ll mean more PBoC decumulation of US Treasurys, and holding all else constant, higher long term interest rates.

Here’s the key chart, from Herrero, “What to make of China’s recent selloff of US Treasuries?” Natixis, February 28, 2017. 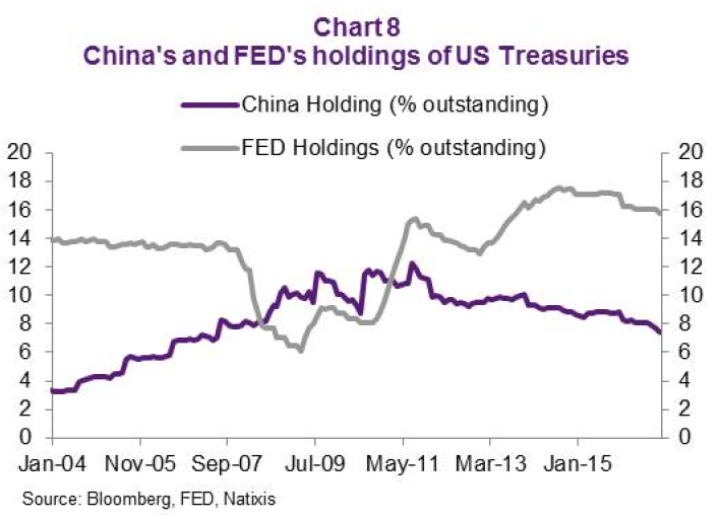 As the note highlights, the decumulation of Treasurys is correlated with the rise in longer term interest rates (which itself predates the Presidential election). 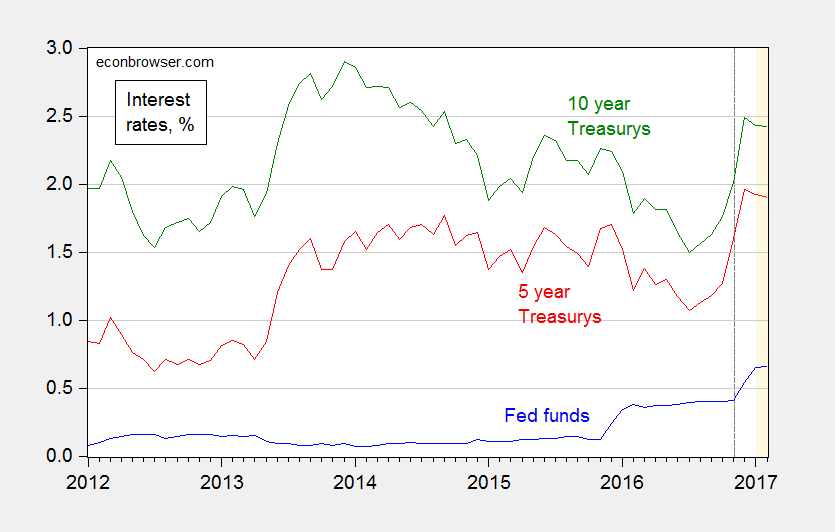 So…if Mr. Trump really wants the CNY to be stronger against the USD, he should hope for more aggressive decumulation of Treasurys by the People’s Bank of China — and consequently higher interest rates.

For more on the magnitude of the link between decumulation and spreads between 10 year and 3 month yields, see this post. Chinese holdings of Treasurys dropped $188 billion in 2016; nominal potential GDP was $18.8 trillion. This means Treasury decumulation was about 1% of potential, implying a spread increase of about 0.335 percentage points relative to what would have otherwise occurred.

2 thoughts on “What If China Gave Mr. Trump What He Says He Wants: A Stronger Chinese Currency”