As oil prices start heading up, the usual questions arise regarding the macro implications. One view is that with the revolution in tight oil production, the US will experience less of a negative impact than before. This conclusion relies on a set of assumptions, possibly including the US being substantially less dependent on oil imports. Is this true? 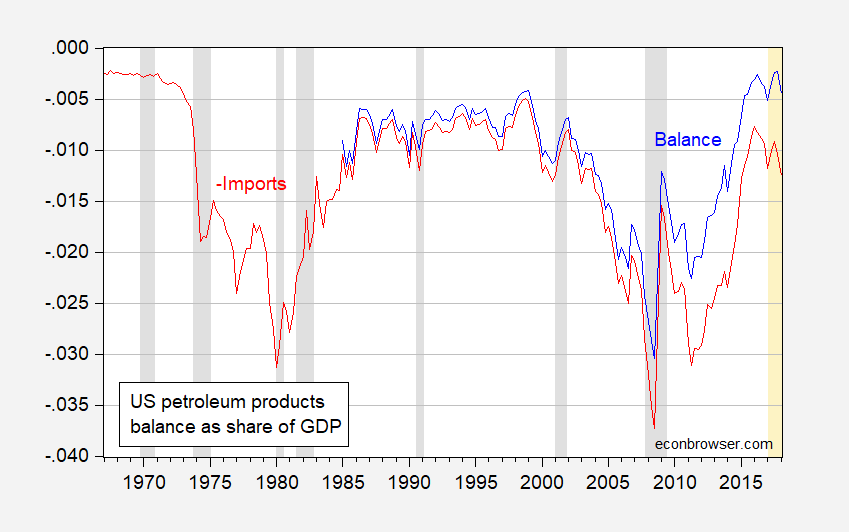 Notice that the petroleum trade balance (as a share of GDP) is roughly the same as it was in 1999, and in 2017Q1. If the price of oil should increase, then in the short term this would result in a larger nominal oil deficit. Over the longer term, higher oil prices would spur domestic production while reducing domestic consumption, tending to accelerate the US move to a net oil exporter (in real terms at least); see EIA’s Annual Energy Outlook, 2018 (Feb. 2018). 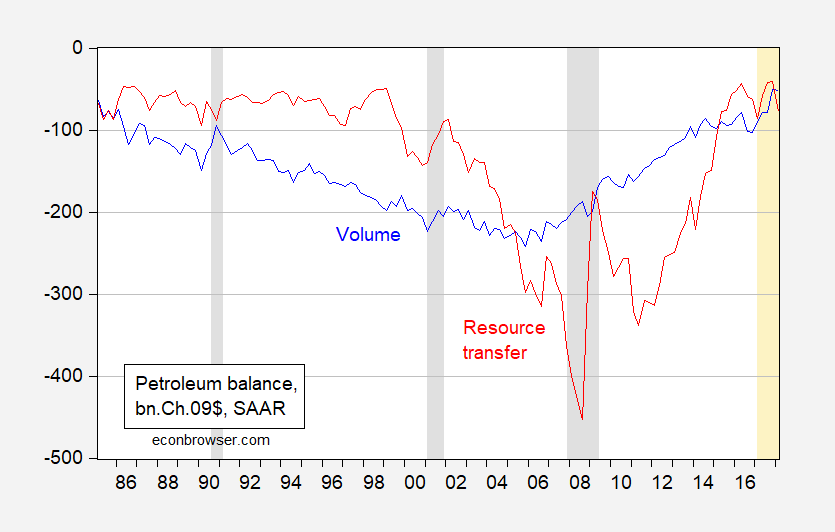 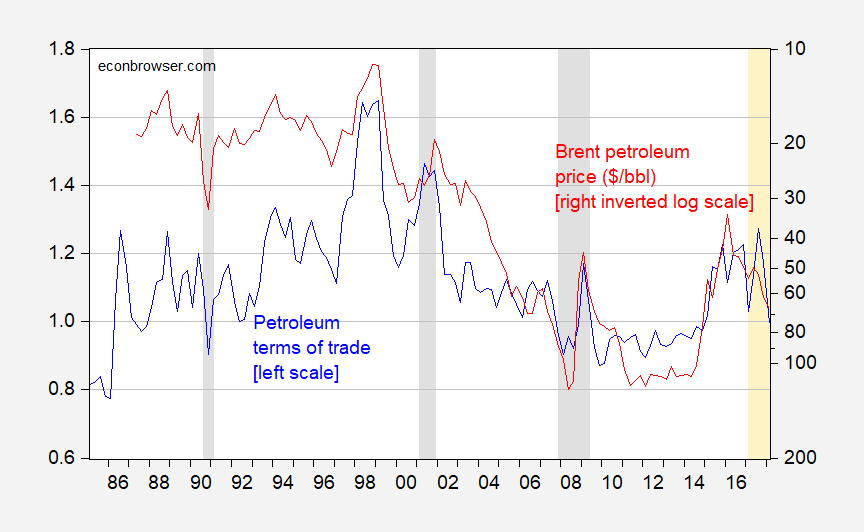 Hence, should oil prices rise substantially, the initial impact will to be to effectuate a transfer to the rest-of-the-world. Crude oil futures for Brent are already rising in the wake of MidEast political tensions, so one should expect some short term deterioration in the balance. 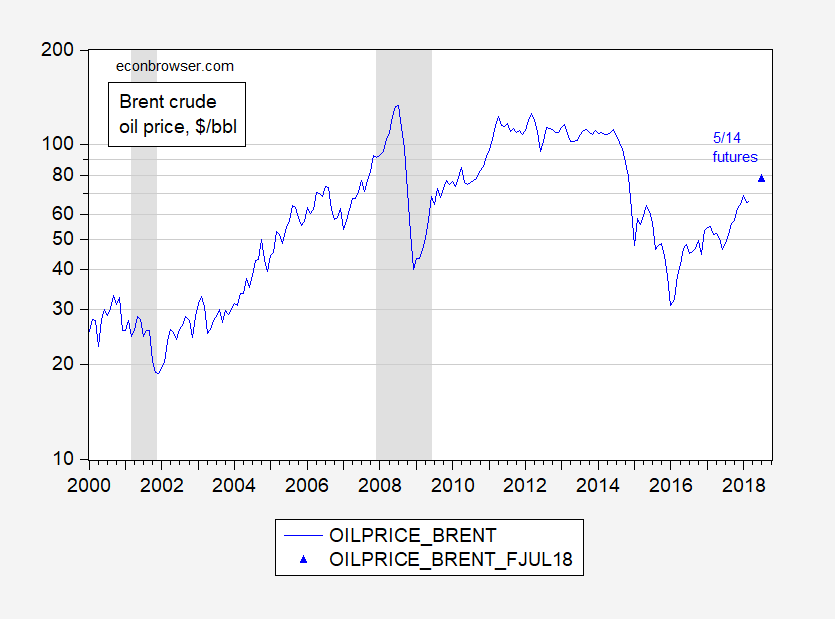 In general, it’s still likely true that with the US being a larger producer than in the past, the boost to domestic producers and ancillary suppliers will likely mitigate the negative effect from the transfer, and hit to consumer budgets, as noted by Jim in his analysis of the modest boost from the 2014 collapse in oil prices. (A sharp boost in oil prices is, as Jim notes, a different matter).

47 thoughts on “The US Petroleum Trade Balance”