I read some claims that Covid-19 fatalities are declining. I want to — again — remind readers about the hazards of interpreting (1) administrative data, and (2) data revisions.

First, there are official tabulations of fatalities due to Covid-19. We should worry about suppression of data in, for instance, Florida, but let’s take the CDC data (which compiles the data provided by authorities) at face value. It’s not clear that all fatalities attributable to Covid-19 are caught by the tracking system. Then we might use “excess fatalities” as a check on the administrative tabulation. Figure 1 below shows how the CDC data on Covid-19 deaths matches the deviation from the fatalities we expect (“excess fatalities”). 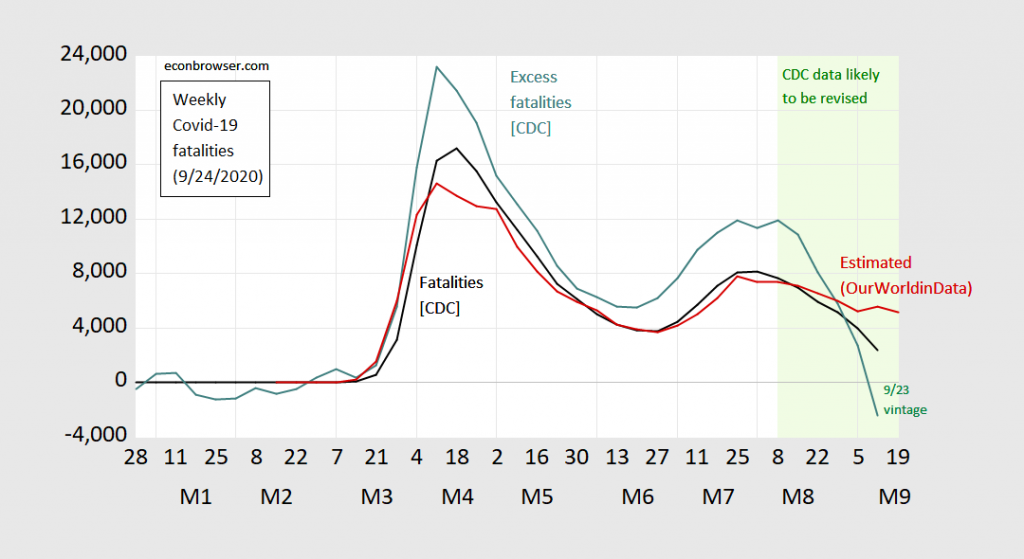 Figure 1:  Weekly fatalities due to Covid-19 as reported to CDC for weeks ending on indicated dates (black), excess fatalities calculated as actual minus expected (teal), fatalities as tabulated by Our World in Data (dark red). Note excess fatalities differ from CDC series which are bounded below at zero. Light green shading denotes CDC data that are likely to be revised. Source: CDC  9/23/2020 vintage, OurWorldinData accessed 9/24/2020 and author’s calculations.

In fact, both of the CDC series – Covid-19 Fatalities and Excess Fatalities – drop off dramatically in recent weeks. If you didn’t read the notes attached to the CDC spreadsheet, you’d conclude that we’ve won! But inspection of the spreadsheet reveals notes that indicate that the most recent data is incomplete. In fact, as I show in this post, about the four most recent weeks worth of data are going to be substantially revised. I shade this period in green in the above graph. A hint that this is a substantial problem is provided by comparing the trajectory of the unofficial tally compiled by the Our World in Data, which indicates a much smaller decline. 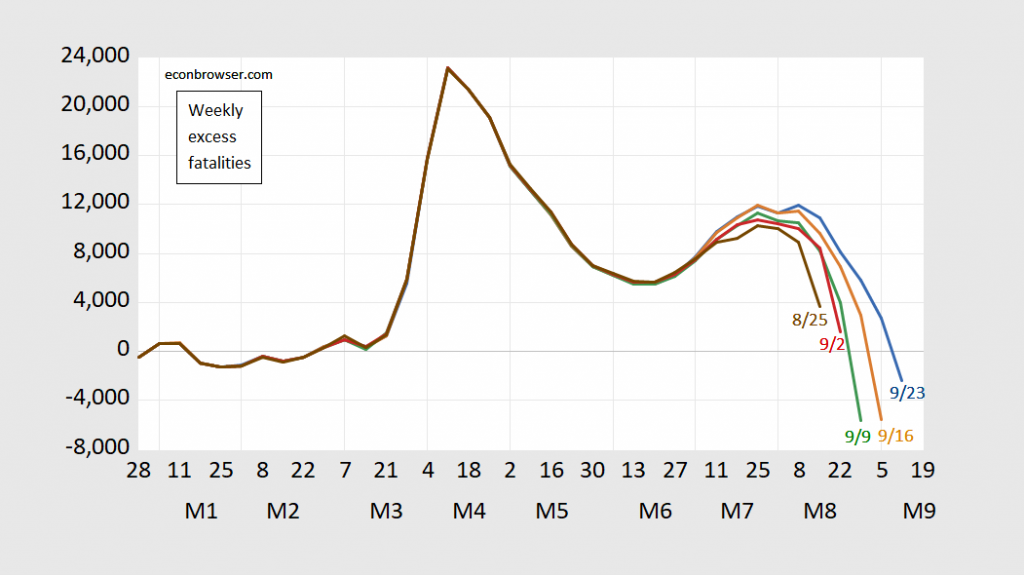 That means it is possible that “excess fatalities” — our proxy measure for Covid-19 fatalities  — is still increasing through August 8th (although officially designated Covid-19 fatalities are probably slightly declining, as the Our World in Data series not subject to really large revisions).