The Wisconsin Department of Revenue released the latest Economic Forecast on Thursday.

Nonfarm payroll employment and the July and March 2021 Outlook forecasts: 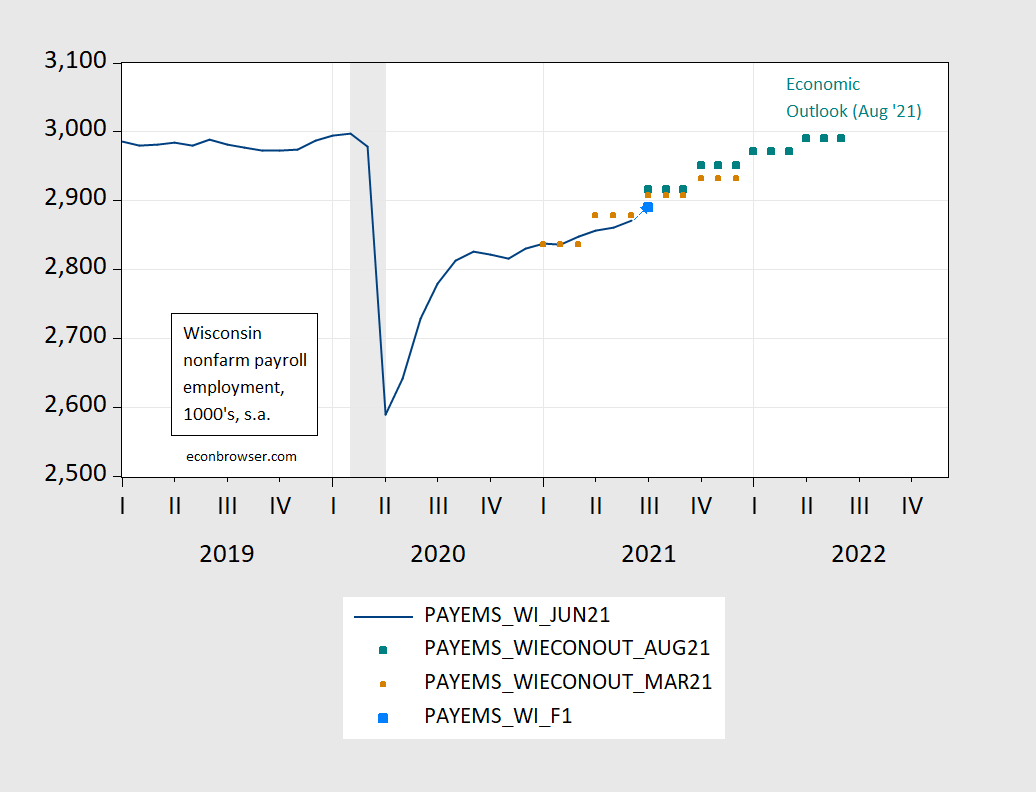 Nonfarm payroll (NFP) employment in June was a bit below the DoR’s forecasted level for Q2, growing 4.6% annualized, way down from a year ago (47.1%), but still above recent months. 4.6% is a bit slower than the national pace of 7.3%.

It’s important to recall the dualistic nature of the recovery, in particular the fact that high contact services employment remains more depressed than that for goods production. The recovery in leisure and hospitality (a broader category than accommodations and food services I usually plot) seems to have stalled (according to seasonally adjusted numbers), making it look difficult to hit the Q3 forecast. In contrast, manufacturing employment has resumed its rise so that matching the Q3 forecast seems likely. 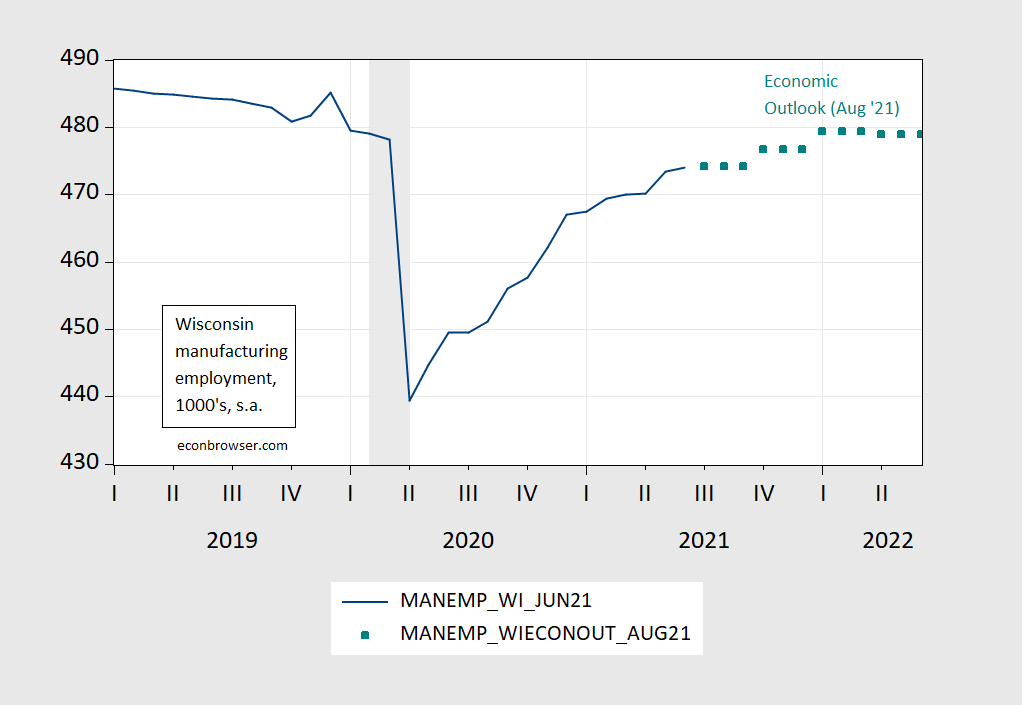 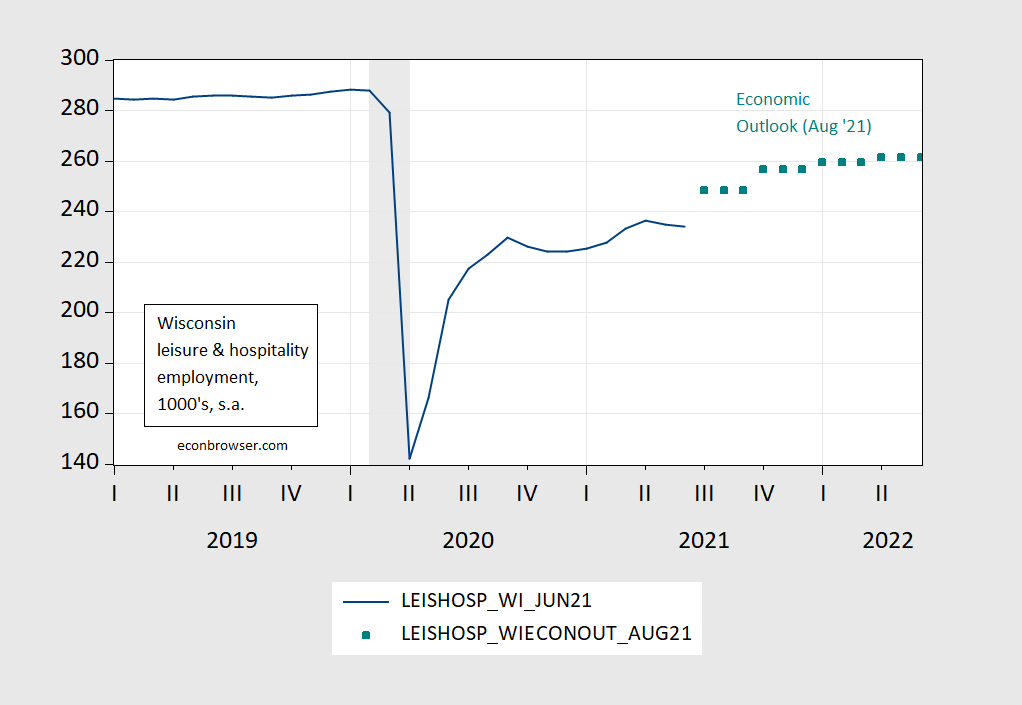 June manufacturing employment is 1.0% below February 2020 levels, while leisure and hospitality services  are down 20.8% (on a seasonally adjusted basis), log levels. 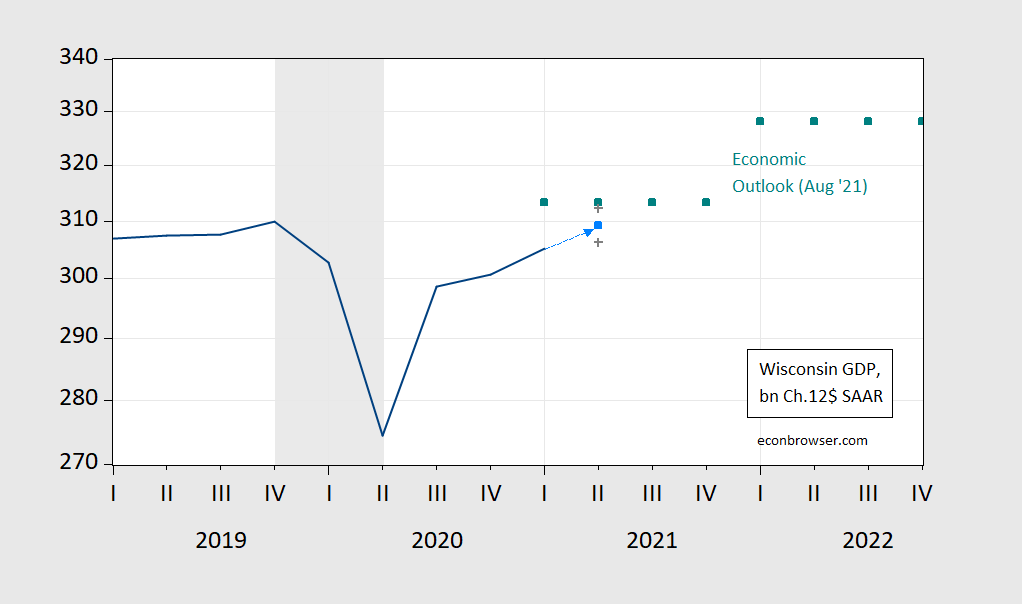 Note that employment and GDP are lagging indicators. Baumeister et al. have developed a Weekly Economic Conditions Index (WECI) for the state level economies. Wisconsin at the end of July was growing about 3.4% above trend US growth. 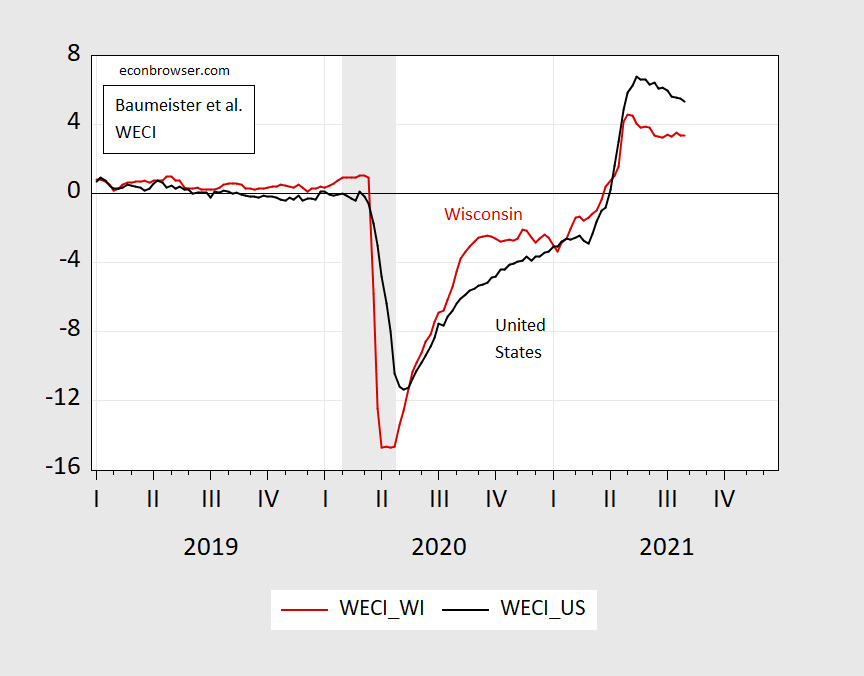 The Wisconsin Department of Revenue has now released nine reports on the economic outlook and/or forecast updates since March 2019. It has also set up a data visualizations page for economic data. Contrast this with the Walker administrations, in which not a single such report was released between May 2015 and the end of his second administration. In other words, Scott Walker set the standard for data suppression.