First, remember the distinction between m/m (which is more informative regarding contemporaneous conditions), and y/y (which is more backward looking). 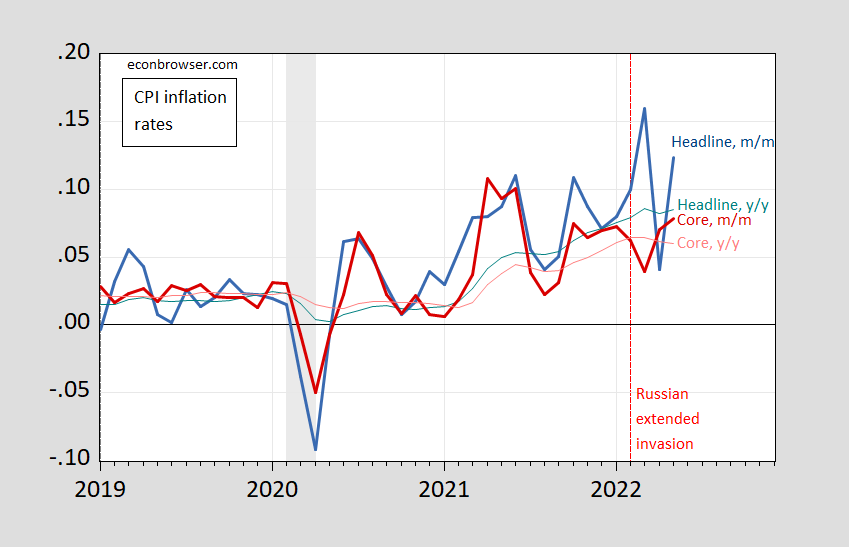 Note that while y/y headline hit a high (since 1981), m/m is down (though not as much as one would’ve hoped). On the other hand, m/m core inflation rose, which bodes ill trend inflation. 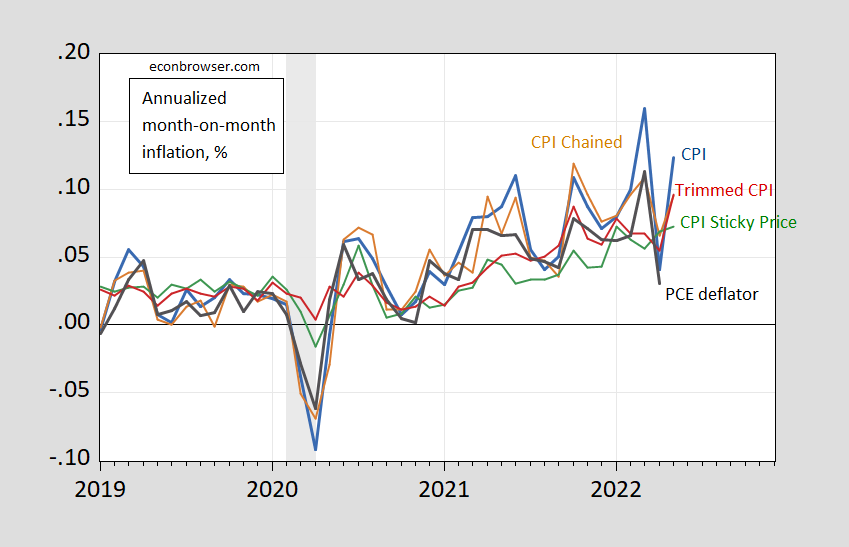 The Cleveland Fed’s nowcast for May m/m annualized PCE inflation as of 6/11 is 8.9%, rebounding from the actual preliminary 3.0% in April.

Over the last month, trimmed and sticky price CPI inflation has been less that headline. Trimmed < headline suggests price increases are concentrated in certain rapidly rising categories. Sticky < headline suggests flexible prices are doing the bulk of the price changes.

Third, for core measures, the rise in May is not good news (even if the rate is lower than in April of last year): 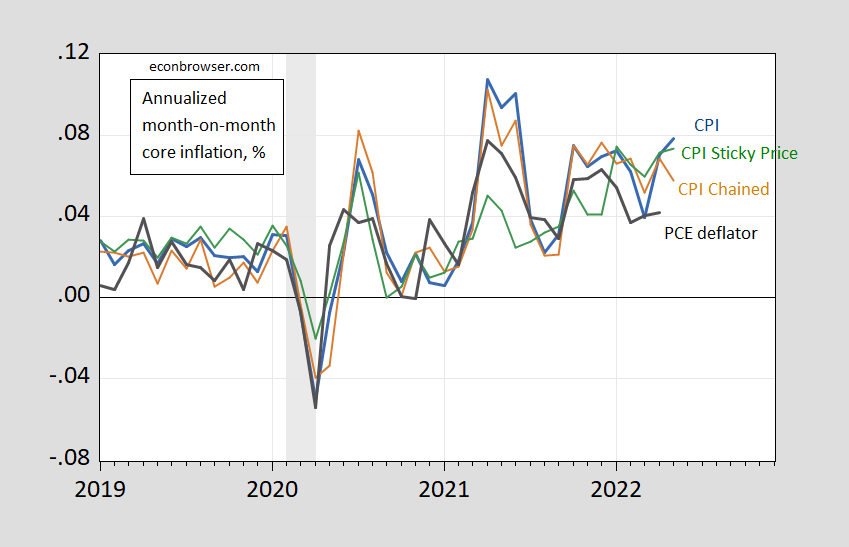 The Cleveland Fed nowcast for May core PCE inflation is 5.7%, up from preliminary 4.2% in April.

A good rundown on the implications of the CPI release is provided by this Brookings piece (including views of Furman, Edelberg, and Wolfers). See CEA twitter thread as well. The contribution of housing costs is notable, since this factor is likely to be persistent:

Together these housing cost measures contributed about 24 basis points to monthly core CPI inflation, versus 11 basis points on average pre-pandemic, reflecting challenges in the housing market.

147 thoughts on “Inflation in May”