Read on, only if you believe in considering data. 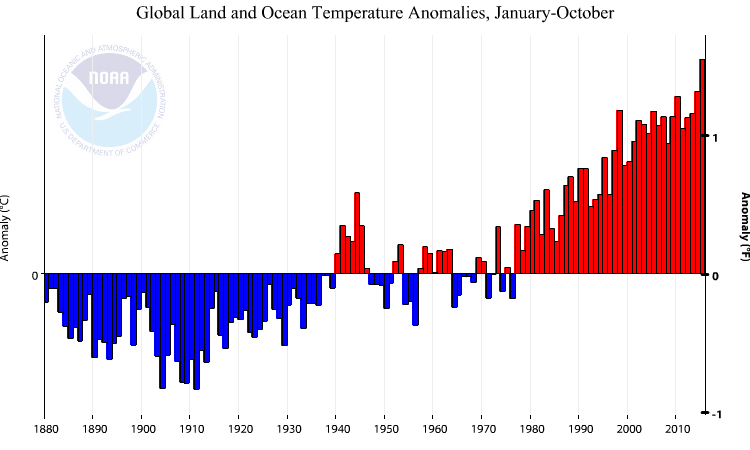 For those wondering about statistical significance (e.g., Rick Stryker, who also believes that 500,000 jobs per month is a standard job creation rate during a recovery (LOL!!!)), from NOAA:

For an additional assessment of trends (and absence of a “hiatus”) based on a different dataset, see Nature.

As previously noted, this has been a devastating year for wildfires in the US. Here are the latest statistics on acres burned, both annual and year-to-date (20 November). The current 9.8 million exceeds the previous record in 2006, of 9.5 million (3.2% higher). It’s a record! 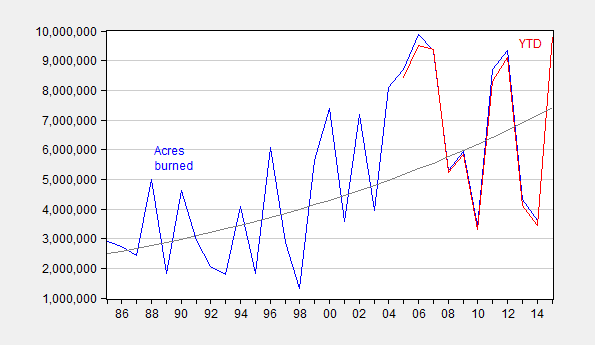 The coefficient on the time trend is statistically significantly different from zero, if you were wondering. (An ADF test rejects the unit root null and a KPSS test fails to reject a trend stationary null.) 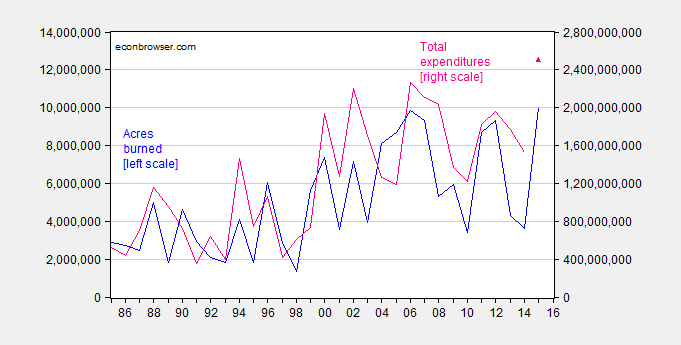 But remember: “Global warming is a total, and very expensive, hoax!”!!!

73 thoughts on “A Year for Records: Temperatures, Acres Burned”