I get to teach Public Affairs 854, “Macroeconomic Policy and International Financial Regulation” and Economics 435 “The Financial System” this fall. There’s a cosmic confluence this year, in terms of the subject: 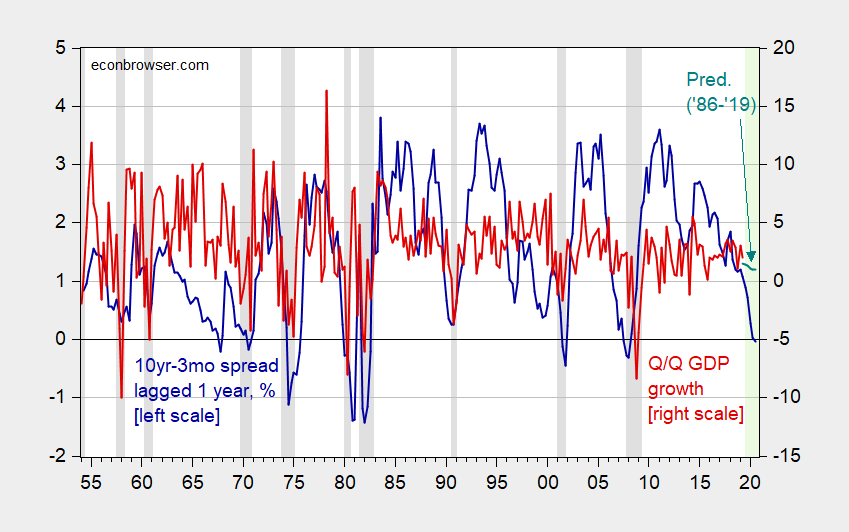 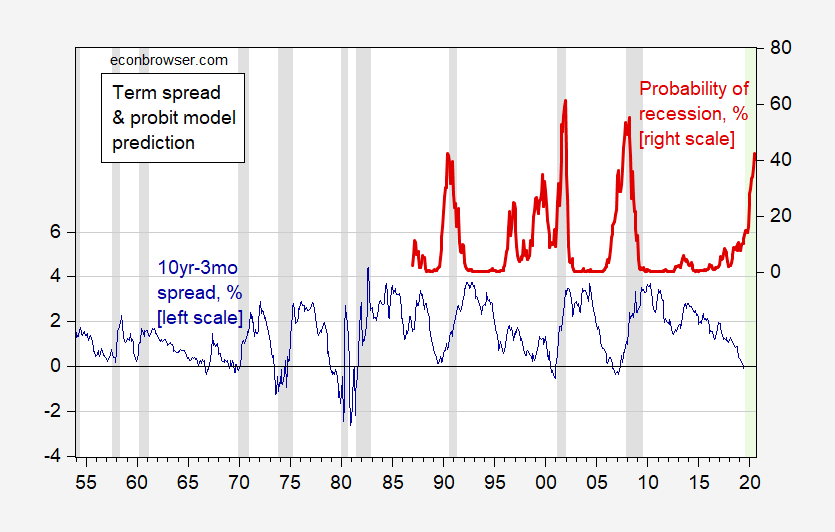 I’ve got a feeling that if not recession, then flagging growth, will be topics moved up in the syllabi in each course. In PA854, the international dimension will emphasized (and there, look at this scary picture): 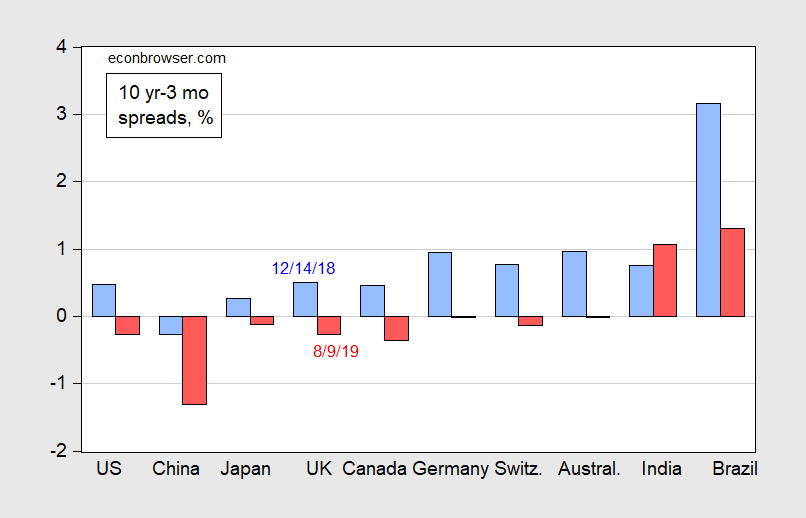 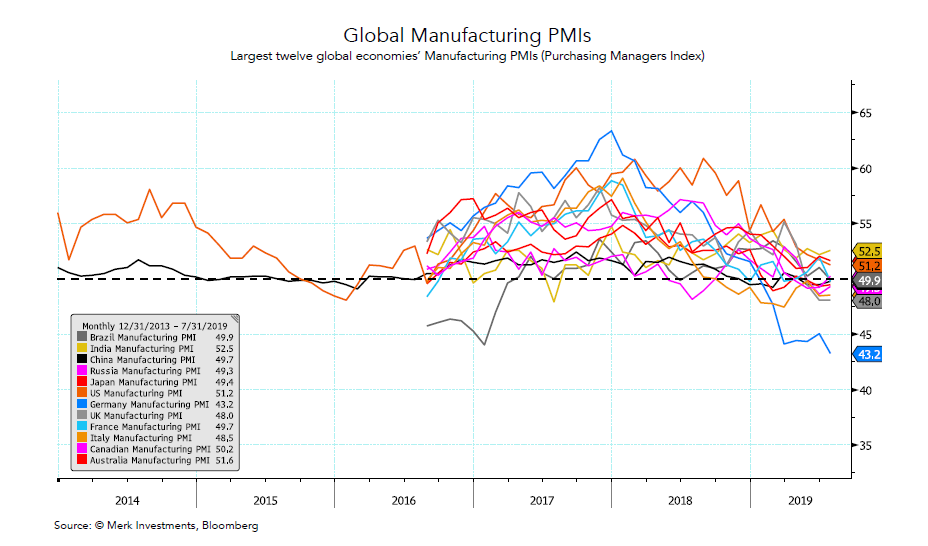 Spreads have gone negative in most other advanced economies, and PMI diffusion indices are even as I write moving toward negative. I’ll talk about the two country Keynesian model reinforcing the downdraft, in PA854.

For Economics 435, well I’ll talk about expectations, uncertainty, and asset prices. One example will be to show how given a pecking order of finance, vast amounts of cash/retained earnings won’t be sufficient to offset sufficiently high levels of uncertainty. 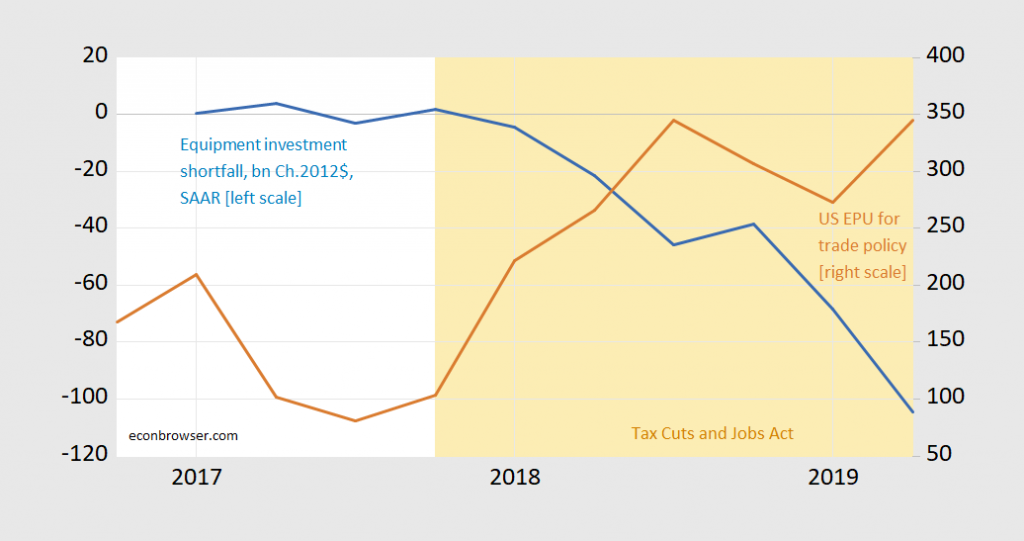 13 thoughts on “On the Eve of Recession? Five Graphs from Two Courses”