November employment figures are out. Time to re-evaluate this assessment from two years ago in Political Calculations that California was in recession. 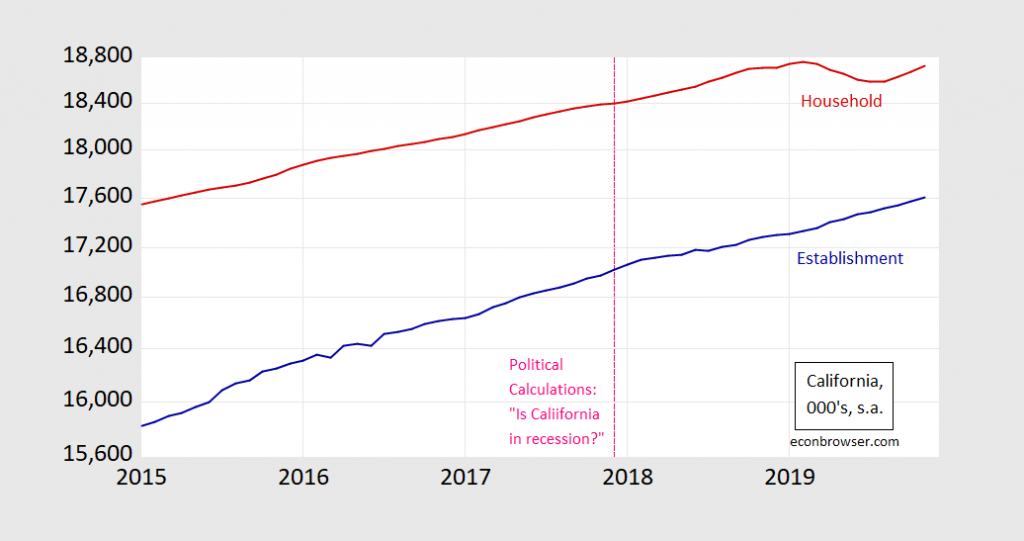 As recounted in a previous post, the household series (which Ironman in Political Calculations relied upon) is subject to large revisions (even in as large a state as California), so the dip should be taken with a grain of salt. 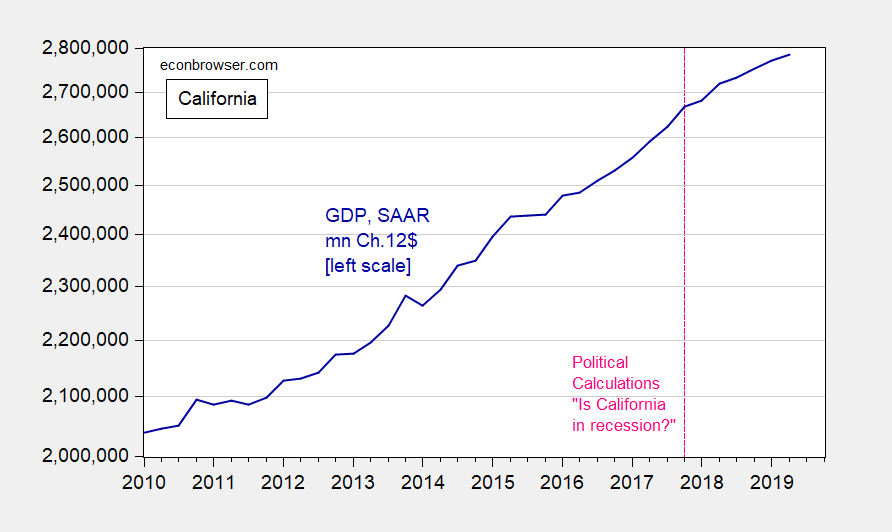 Job growth appears to be gaining some momentum at the tail end of the year. Nonfarm payrolls rose by a sturdy 28,400 net new jobs during November and overall job growth picked up to a 1.9% year-over-year pace. Furthermore, the state appears to be on pace to add over 320,000 new jobs for 2019 as whole, which would mark a solid improvement from the 278,400 jobs added the previous year.

19 thoughts on “Is California in Recession? (Part XVIII)”